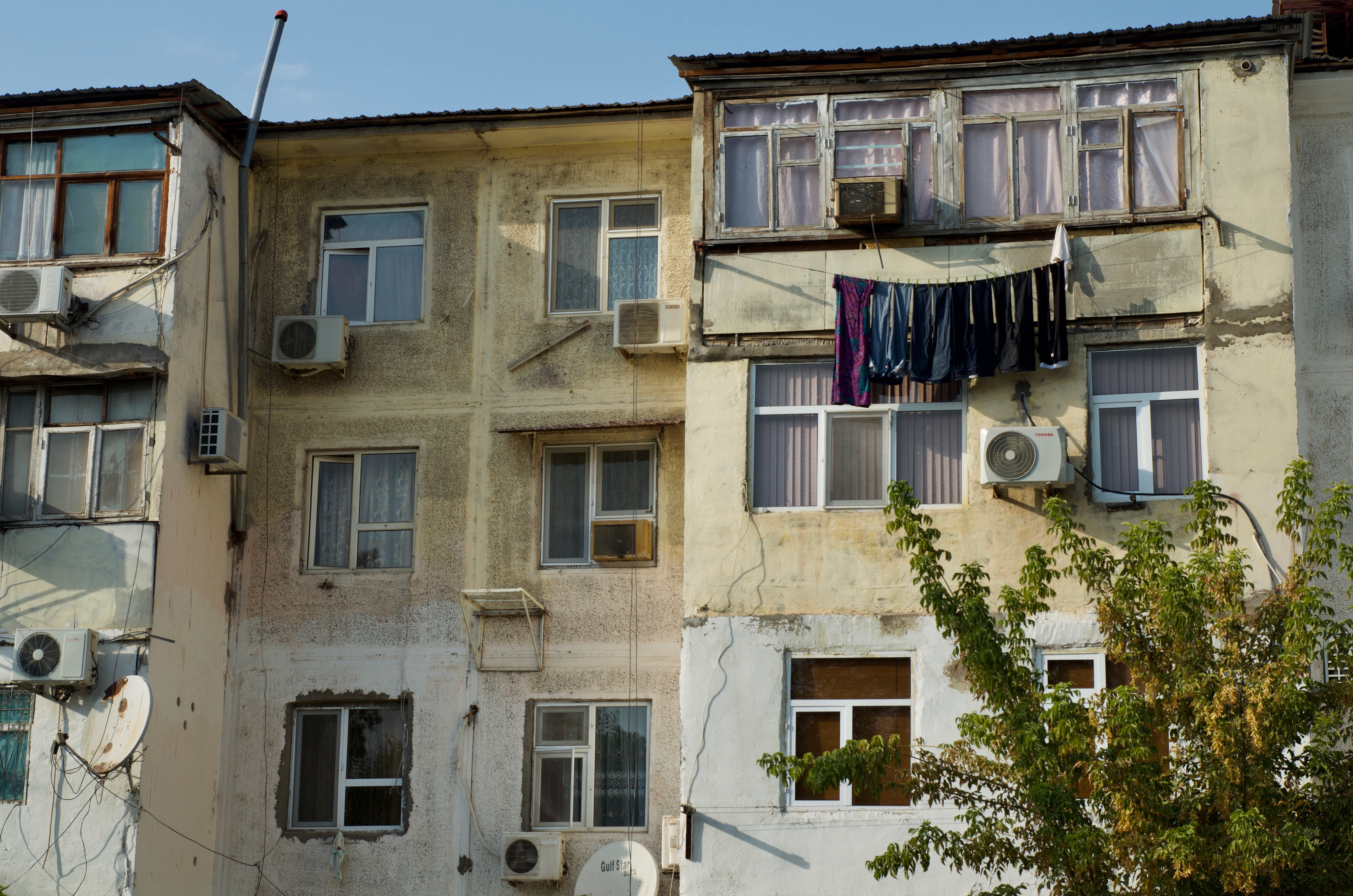 Carlos Hernández (Madrid, 1969) is an award-winning Spanish journalist with a wide international experience. Recently he has become one of the few foreign journalists that has been able to enter Turkmenistan incognito. In a series of four articles for eldiario.es, Hernández brings the readers closer to the reality in the Central Asia nation, one of the most hermetic in the world and a great unknown for the Western audience.

In Blue Domes we were lucky to be able to interview him about his experience in Turkmenistan.

The first question is a must. Why, from all the countries in the world, did you decide to write about Turkmenistan?

I must confess it was something I wanted to do for quite some time. I had known for years about the cruelty and eccentricities of the two Turkmen dictators and I was surprised this was not talked about in the West. In the meantime, I had read and watched tens of documentaries about North Korea but hardly anything about Turkmenistan, so I told myself… I need to write about it.

Entering Turkmenistan as a foreigner is not an easy task, as you mention in your first article. Was it simply luck?

Actually it was, although I must say I also worked for it. I knew the only way to enter was pretending to be a tourist. The problem is that in Turkmenistan, unless you go for a short period of time in transit, if you want a tourist visa you need to enrol the help of a local travel agency. I thought a lot about it and I ended up reaching out to an agency based in China that is specialised in organising trips to North Korea. I checked they were the only ones in the world that guaranteed their clients the possibility to attend certain parades and other patriotic events where foreign visitors are not usually allowed. I came to the conclusion that they must have good contacts within the Turkmen regime itself so I chose them. Even though it was the right choice, I witnessed in person that, despite everything, I got lucky. In the same group of tourists in which I was included, the Turkmen regime denied the visa, and therefore access to the country, to three people. One of them was an influencer with lots of followers, another was a woman linked to an NGO and the third one… we have no idea why the third person was blacklisted. It’s obvious that my request was not looked into in detail because it would have been enough for them to look me up in Google to realise that I’m a journalist. I guess Spain is too far away to represent a threat… or perhaps “Carlos Hernández” are a very common name and surname so no alarms rang when they looked it up.

With all the paperwork approved, you entered the country through the border between Uzbekistan and Turkmenistan, instead of through the airport in Ashgabat, as most foreigners do. What made you choose this route?

I thought it was much more interesting to use a border crossing hardly transited by foreigners and, this way, visit that part of Turkmenistan. I knew that, just after crossing the border, I would have to be always accompanied by a guide-spy appointed by the local Turkmen agency. I knew they would try to show me an idealised and unreal side of the country, as they do in North Korea. That is why I thought that the more kilometres I travelled, the more places I visited and especially those which don’t normally receive visitors, and therefore where they are less vigilant, alert and terrified by the presence of a foreigner, the more chances I would get to see the reality. Entering through a remote border crossing allowed me to travel with a certain tranquillity and even a bit of freedom through the territory that lies between the cities of Konye-Urgench and Dashoguz.

During your time in Turkmenistan you pretended to be a tourist. Did you fear that the authorities would at any point discover your real job?

I took all the precautions I could. I left my press ID and my computer’s external hard drive in Uzbekistan, just in case I was searched in detail. Once inside the country, I avoided using the Wi-Fi networks in the hotels so they couldn’t monitor my email. I was also careful with the questions I asked. I tried to get information bit by bit and from different people. I didn’t act as an incisive journalist, but simply as an inquisitive tourist. Maybe all these measures were unnecessary, I don’t know, but in those countries it is better not to be overconfident.

Far away from the marble facades, you got to see the real Ashgabat. How was the experience to visit that part of the city that the government makes an effort to hide?

It was very interesting… and not only in Ashgabat. I did it in other Turkmen cities like Balkanabat or Turkmenbashi. In the capital I was shocked by the architectonic barriers that separate the marbled area from the real city… It is more an aesthetic rather than a coercive separation, as you can cross it in multiple places. But it reinforces the feeling that it is a marble scenery behind which you can find the real Ashgabat. In that part of the city, the people live with just enough to get by in neighbourhoods that reminded me of those of any other humble city in, for instance, Uzbekistan. Rundown buildings, decorated with satellite dishes, with poorly asphalted roads and unpaved walkways. Besides the contrast of that poverty with the luxury of the new and phantasmagorical Ashgabat, what struck me the most was the fear that the people live with. A fear that makes them, in most cases, to be wary of the foreigner because they believe, and they are right to do so, that an occasional encounter with a visitor can result in all sort of problems for them. Even when they overcame that initial wariness and ended up talking with me, they were very careful not to share any political opinion. It really impressed me listening to people that had allowed me to take their pictures regretting it straight away, and begging me not to upload that picture to the Internet.

You also visited Avaza, the government’s resort in the Caspian Sea. How would you define it?

As one of the greatest and, at the same time, useless deeds in our planet. Like almost everything that is designed in this country, the decision to build Avaza was the result of a mere whim. It was the idea of a tyrant that styles himself as an emperor, but with quite a limited intelligence. Berdymuhamedov wanted to build his touristic Dubai in the Caspian without worrying about carrying out the most basic market study. He wasted millions and millions of dollars in luxurious resorts, sports and recreational parks without caring if there would be clients willing to use them. As I wrote in one of my articles, “the prices of the hotels for the Turkmen people are exorbitant, the foreign tourist needs to overcome a thousand obstacles to get a visa and if they do, they are only allowed to move freely within the complex… What could go wrong in Berdymuhamedov’s penultimate project?”

Unusual monuments, a graphomaniac dictator, empty museums and recreational parks… What was the eccentricity that struck you the most?

It is difficult to just name one. I was very impressed to see how thousands of citizens were forced to sleep in the streets so they would be ready to cheer on the dictator the following day on his way to a public act. I was shocked to see grandiose monuments and gigantic open museums, full of staff, but that remained closed to the public. But in reality, if an image and a sound have stayed with me, they are those of Ashgabat’s main children’s recreational park. A vast area, inside a luxurious building, full of carousels, bumper cars, amusement machines… all working, with their flashing lights and playing their tunes for no one at all, because I didn’t see a single child there. If I was a film director and had to shoot an apocalyptic film, I wouldn’t hesitate to shoot it in that and other similar buildings in Ashgabat.

Why do you think that, despite the flagrant human rights abuses, the West seems to ignore what is going on in Turkmenistan?

I honestly believe the main reason is that the dictator allows the West to profit from his country’s natural resources. German and French companies, for instance, have lucrative contracts with different Turkmen ministries. As a matter of fact, the European Union has recently opened an embassy in Ashgabat for, mainly, commercial purposes.

Not only Turkmenistan, but the whole of Central Asia is a great unknown in the West. How would you describe it to the Western reader?

The region is wonderful and with lots of possibilities but it has a big problem: its rulers. Although some of them have tried to position themselves as democracies, all the republics are ruled by tyrants, some harsher than others. They are authoritarian regimes that do not respect the most basic human rights and that, in addition, are gangrened by corruption. If we don’t look at the top, we would see something extraordinary. People that are deeply and sincerely hospitable. Breath-taking landscapes. A millenary history that can easily transport you to the time of the caravans that crisscrossed the Silk Road or that can introduce you to the network of gulags created by Stalin during the Soviet Union. It is a rich region thanks to its almost infinite natural resources, with a population that, in most cases, lives humbly. I have visited around 100 countries in all five continents and I have encountered few places as fascinating in touristic, economic and political terms as Central Asia.

0 comments on “Interview with Carlos Hernández, a Spanish journalist inside Turkmenistan”