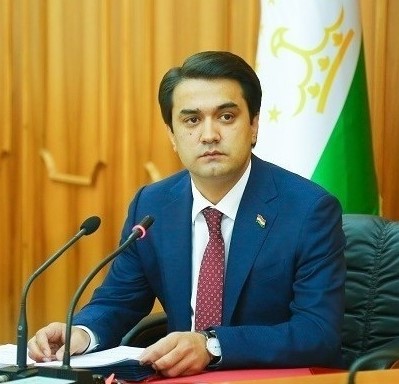 On March 27 an important event took place in Tajikistan’s power structure that did not attract much attention amid the coronavirus pandemic. The president’s son, Rustam Emomali, took another step in his path to succeed his father and was elected to the country’s upper house.

A few weeks after Tajikistan went to the polls to elect a new parliament (Majlisi Namoyandagon), a contest that was neither free nor fair, with no media freedom, probably fabricated results and an irrelevant opposition, new members were chosen for its upper house, the Supreme Assembly (Majlisi Oli). Among the new senators a name stands out: Rustam Emomali, son of Tajikistan’s president, mayor of the capital and would-be successor to his father.

The Supreme Assembly is made up of 33 members, 25 of which are selected by the local councils of the country’s five regions (Sughd, Districts of Republican Subordination, Khatlon, Gorno-Badakhshan and Dushanbe) and the remaining 8 by the president himself. It did not come as a surprise that Rustam’s candidacy was unanimously supported and, together with the mayoralty of Dushanbe, he will also become senator. However, that might not be the end.

According to local experts and political analysts, it is a possibility for Rustam to also be elected chairman of the upper house. There are two reasons that support this theory. Firstly, the chairman of the Supreme Assembly is the second most powerful post in the country and, as per the constitution, the president’s successor in the event of the head of state’s incapacity or early termination of office. This would ensure that in case of any unforeseen circumstances, Rustam would succeed his father.

Secondly, it would follow a pattern started in 2017, when Rustam Emomali took over the mayoralty of Dushanbe from Mahmadsaid Ubaidulloev, who is currently the incumbent chairman, an office he has been holding since 2000. Ubaidulloev is one of the last prominent figures of Tajikistan’s civil war (1992-1997) and during the 90s was one of the most powerful people in the country, even more so than president Rahmon himself. By having Rustam take over the senate’s chairmanship, Rahmon would not only position his son, but would continue to erase what little is left of the past and of Ubaidulloev, who earlier this year saw as three of his close associates were targeted by the country’s prosecution for corruption charges. It would seem like Rahmon has been using his son, among other things, to defenestrate Ubaidulloev

Regardless if Rustam Emomali becomes chairman of the Supreme Assembly or not, it seems that he is continuing his ascension towards the presidency. This has been a gradual race during which he has occupied different posts including heading the country’s main anti-corruption agency and being promoted to major general before being appointed mayor of Dushanbe. His election to the upper house is just another stepping stone in his apparent path to succeed his father. That, at least, is what it seems in the surface.

Power transition in Central Asia is always an area with significant uncertainties given the lack of transparency and authoritarian nature of the regimes. The prospect of hereditary succession attracts much interest as it would be a first in the region and a similar situation is taking place in Turkmenistan. What remains to be seen is if the ultimate aim of such movements by president Rahmon is to have his son succeed him and, if that is the case, if he will be successful. For the time being, Rustam Emomali can familiarise himself with his new duties and think about his next appointment. Perhaps chairman of the Supreme Assembly. And if so, what would then be next? A ministry? That might seem like a step back. At 32, Rahmon’s son is already running out of jobs in Tajikistan.

0 comments on “After senator, what is next for the Tajik president’s son?”