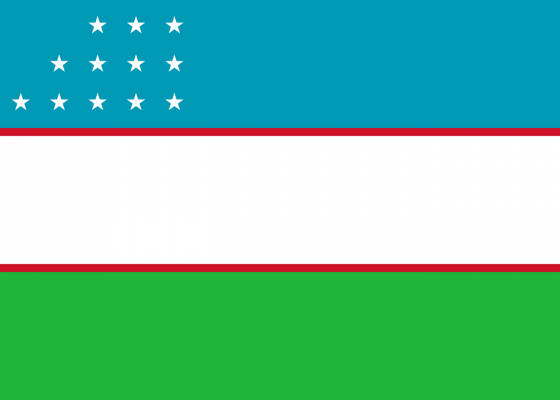 A draft bill in Uzbekistan that introduces fines for those civil servants not using Uzbek is the latest development involving language and nationalism in Central Asia, a region that is still coming to terms with its past and its new identity.

Amid the coronavirus lockdown, the Ministry of Justice of Uzbekistan has published for discussion a bill that would introduce penalties for civil servants that fail to use the state language in their administrative work. According to the amendment to article 42 of the Code of Administrative Responsibility, those state employees who fail to comply with the law (i.e. use of Uzbek language) during the course of their professional duties would be entitled to a fine between two and five base units (446,000-1.1 million soms or $44-$110).

The introduction of such a penalty is problematic in a country where there are issues with the state language and Russian still plays a pivotal part in society. Although Uzbek has been the sole official language of the country since 1995, its adoption has faced a number of issues. The alphabet was officially switched from Cyrillic to Latin but the latter has been reviewed multiple times since 1993, with changes being introduced even last year, and is not deeply rooted in the society.  In addition, there is still shortage of materials in the Latin alphabet and the situation is less than ideal. Then there is the presence of the Russian language.

While Russian doesn’t play the key role it does in other Central Asian republics like Kazakhstan and Kyrgyzstan, it is still a language widely used in Uzbekistan, more so in urban centres. It is worth noting that up to Uzbekistan’s independence in 1991 the country was part of the Soviet Union and as a result a number of nationalities moved to and lived in the Uzbek Soviet Socialist Republic. The language used between the different nationalities and ethnic groups was Russian, and also among Uzbeks. There are currently over 800 Russian-language schools in the country, almost 12 million Russian-speakers (although this figure is debatable) and Russian-language media is widely consumed. In addition, Russian has also remained the lingua franca across Central Asia.

Introducing fines for civil servants is forcing them, and indirectly the population as a whole, to use Uzbek. This is discriminatory for those whose first language is not Uzbek or in other words, for Russian-speakers. Curbing personal liberties, like preventing the use of a language which is widely spoken, should always be condemned, and in this particular case it is also unpractical.

What lies behind such measure is a nationalistic approach to language that is also common in other countries. For instance, the Uzbek authorities cited Ukraine and Tajikistan as countries that have implemented similar measures. Language is usually one of the most important tools in any state-building process and it is therefore politicised and monopolised by the authorities, something which the current administration has already been doing.

Back in 2019, President Mirziyoyev criticised the use of ‘alien’ languages in signs and advertisements and introduced a decree to “radically increase the role and authority of the Uzbek language as a state language.” At a time when Uzbekistan seems to be opening to the world, the government looks inwards domestically. However, whether the authorities like it or not, Uzbekistan has a diverse history and doesn’t have a homogenous population, and that is precisely one of its greatest asserts.

Languages are always beneficial. It is valuable that Uzbekistan’s government protects, promotes and encourages the use of Uzbek, not only in the country but also abroad, and any effort in this direction should be seen in a positive light. But what the authorities shouldn’t try is doing this at the expense of other languages or imposing it by force. In the end, the more languages a person knows the better. As Fellini once said, “a different language is a different vision of life.”

0 comments on “Imposing the state language through fines in Uzbekistan”