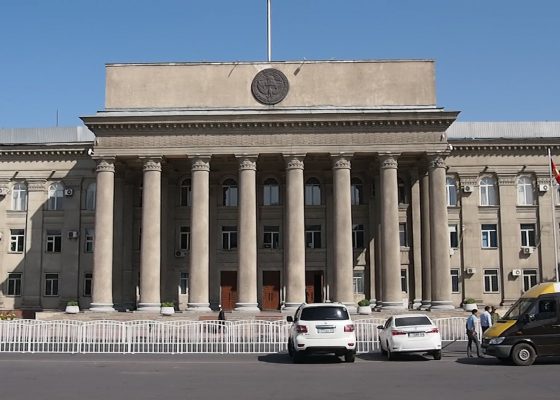 On June 17 the Kyrgyz parliament confirmed Kubatbek Boronov as the country’s new prime minister. As a result, Boronov has become Kyrgyzstan’s 21st prime minister, a surprising high number of heads of government for a country that is not even 30 years old and that illustrates Kyrgyzstan’s tumultuous political scene.

Since achieving its independence from the Soviet Union in 1991, Kyrgyzstan has had 21 different prime ministers. This figure does not take into account those who carried out a transitory role as acting PM. In other words, on average the country has had a new head of government every 18 months or so. A record in Central Asia that does not portray an image of stability in a nation that has constantly witnessed political feuds and power struggles for decades.

Historically in Kyrgyzstan, a parliamentary democracy, the prime minister has played a secondary role to the President, the country’s head of state. In many instances, the PM office has been used by the incumbents to, directly or indirectly, position themselves for the presidency. This was the case for Kurmanbek Bakiyev (2000-02, 2005), Almazbek Atambayev (2007, 2010-11) and Sooronbai Jeenbenkov (2016-17).

The PM role was especially volatile in 2005 and 2010, when two revolutions ousted presidents Askar Akayev and Kurmanbek Bakiyev respectively. In the aftermath of the Tulip Revolution in 2005, Bakiyev, who had served as Akayev’s PM between 2000 and 2002, became prime minister and interim President before winning the July presidential elections that same year. Similarly, Atambayev served as Bakiyev’s PM in 2007 before returning to the office after Bakiyev was overthrown and later winning the 2011 presidential election.

Other former prime ministers have tried, unsuccessfully, to win the presidency before or after heading the government. Such was the case for Temir Sariyev (2015-16), who came third in the 2009 presidential election, and more recently of business tycoon and politician Omurbek Babanov (2011-12), who was defeated by Jeenbenkov in the last election.

The high turnover of PMs is a consequence of the unstable political situation in Kyrgyzstan, marred by instances of power abuse, corruption and the shadow of organised crime, all which have affected politicians and officials. It therefore shouldn’t come as a surprise that Boronov’s predecessor, Mukhammedkalyi Abylgaziev (2018-20), resigned after a criminal investigation was launched that could involve him in the in the suspect sale of radio frequencies. In turn, Abylgaziev’s predecessor Sapar Isakov (2017-18) is currently in jail on corruption charges, as well as another former PM, Zhantoro Satybaldiyev (2012-14), who was charged in the same case as Isakov.

The continuous attrition of prime ministers, together with other issues mentioned above, causes a sense of instability with ramifications beyond the political scene. The chaotic atmosphere in Kyrgyz politics does little to establish democracy practises in Kyrgyzstan, delegitimising politics in the eyes of ordinary Kyrgyz. In addition, money likes stability and the rule of law, and therefore these constant changes could be costing the country in terms of foreign investment.

Being a prime minister in Kyrgyzstan, like in many other countries, seems to be simply a step for personal and political ambitions, as the dubious track record of many of the politicians that have held the post bears witness. With the certainty that the term will only last a handful of months, there is little incentive to carry out reforms and longer-term policies for the benefit of the country. It is a temporary job that in many cases merely serves as a launch pad to reach a bigger prize: the presidency.

Note: the facts above do not take into account acting prime ministers

0 comments on “Prime Minister in Kyrgyzstan, a temporary job”