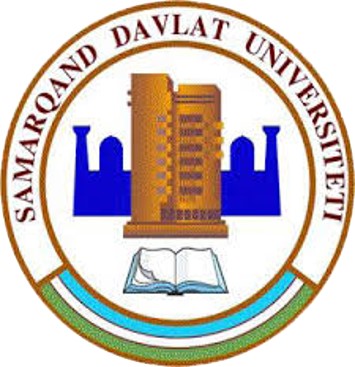 Samarkand State University in Uzbekistan will soon celebrate its 600th anniversary despite not being even a century old. The higher education institution is the latest example of Uzbekistan’s efforts to identify with Timur (better known in the West as Tamerlane) and his descendants as a way to strengthen its national narrative.

In late June Samarkand region’s council (kengash) approved to celebrate Samarkand State University’s (SamSu) 600th anniversary in the upcoming autumn at the request of the institution’s rector, Rustam Kholmuradov. This represents the culmination of Kholmuradov’s aspirations since he announced last year that SamSu, established in the Uzbek Soviet Social Republic in 1927, was a continuation of the city’s Ulugh Beg Madrasa, founded in the 15th century by Timur’s grandson.

Mentioning that ancient European universities like those of Cambridge, Oxford and Bologna were at first religious educational institutions, and that Cairo’s Al-Azhar University started as a madrasah back in the 10th century, Kholmuradov argued that the same should apply to Ulugh Beg’s madrasah. Furthermore, he proposed that SamSu is the direct descendant of the Timurid institution. While the Timurid madrasah did indeed play an important role in Samarkand’s cultural life during the Late Middle Ages, relating it to SamSu is more than debatable.

The Ulugh Beg Madrasah was established by its namesake, a grandson of Timur, in 1420. The ruler of Samarkand, Ulugh Beg was a scholar and patron of the arts, known for his observatory and astronomical works, but not that capable as a statesman. The madrasah, one of the main attractions of Samarkand’s fabled Registan square, operated up until 1920, when it was closed by the Soviet authorities.

What is now the Samarkand State University was founded by the Soviets in 1927 as the Uzbek Pedagogical Institute and from 1944 up to 2016 it was named after the Turkic poet Alisher Navoi, considered the father of Uzbek literature. The relationship between both institutions, the Timurid madrasah and the university, is non-existent.

By choosing Ulugh Beg’s Islamic institution instead of the neighbouring, and impressive, 17th century Sher-Dor and Tilya-Kori madrasahs, the rector was not only selecting the oldest building but also falling in line with the national narrative that has been crafted since Uzbekistan’s independence. As part of its nation-building process after the fall of the Soviet Union, the authorities have looked back at Timur as the country’s founding father. The push for all things Timurid has led to multiple claims of doubtful historical veracity. Kholmuradov’s statement about SamSu and the Ulugh Beg Madrasah is yet another example of the great lengths officials go to in order to find a Timurid connection.

There is nothing wrong with acknowledging that Samarkand State University’s history dates back to the early 20s. The modern state of Uzbekistan is more a descendant of its Soviet predecessor than it is of Timur. From its political administration to economic organisation and higher education institutions, the Uzbek Socialist Soviet Republic casts a longer shadow over the Republic of Uzbekistan than the Timurid Empire.

It is common for countries to revere their foundational myths, regardless of their historical accuracy. However, the efforts to bring up Timur at every possible occasion can lead to implausible claims that end up undermining the national narrative’s original purpose.