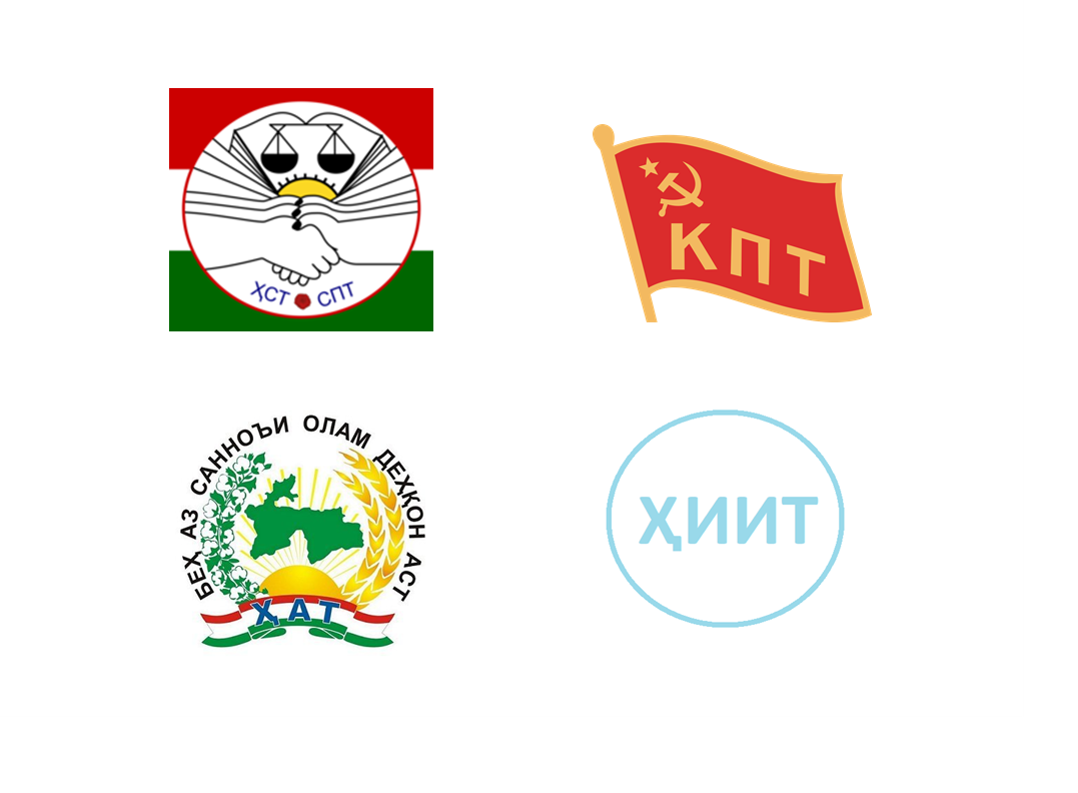 The upcoming presidential elections in Tajikistan will result in a new term for the country’s long-standing president, Emomali Rahmon. However, to be able to brag about the democratic process, the incumbent president needs other candidates with whom to ‘compete’ with. He has found them among Tajikistan’s pre-fabricated political parties.

On the 11th of October Emomali Rahmon will win the elections and will continue to rule the country. The outcome of the presidential elections is known before they take place, with the only uncertainty being the share of the vote Rahmon decides to allocate for himself. Despite the elections not being free nor fair, the authorities will portray them as a democratic process, and for that to happen they needed other candidates that would ‘compete’ with the Leader of the Nation.

Four other candidates were chosen by the authorities to act as accomplices in the ballots. All of them are members of the country’s lower chamber and leaders of pro-government parties. One of them, Abduhalim Ghafforov of the Socialist Party, will be running for the presidency for the third time. He will hope that this time he will improve his best result and get at least 3% of the vote. At 72 years of age, Miroj Adulloev is the olders of the contestants. A former police officer, Adulloev will represent the Communist Party of Tajikistan. In the meantime, the long-standing representative Rustam Lazifoda will be in the ballots as the face of the Agrarian Party. Finally, Rustam Rahmatzoda, recently named leader of the Economic Reforms Party, completes the selection.

The only party with representation in the Assembly of Representatives that is not fielding a candidate is the Democratic Party, while the only functioning organisation in the country that can be classified as opposition, the Social Democratic Party of Tajikistan, decided to boycott the elections given the lack of democratic assurances.

A challenger that never took off

An announcement that took place in early September surprised observers. An unknown 30-year old lawyer from the Gorno-Badakhshan Autonomous Region made public that he would contest the elections. Citing rampant police abuse, Faromuz Irgashev said he would be a candidate for the elections. Irgashev’s presidential hopes were short-lived as he was not able to gather the sufficient signatures to be in the ballots. And even if he had got close to it, there was no indication the authorities would have allowed him to stand.

Ghafforov, Adulloev, Lazifoda and Rahmatzoda will soon be forgotten. Once the elections are over they will return to relative anonymity, as their roles as leaders of pro-government parties in Tajikistan is irrelevant, as is their daily job as parliamentary representatives. If they are lucky, their names will become footnotes in the country’s contemporary history. Their function will be to provide company and a mere democratic alibi to Rahmon, featuring next to him in the ballots. Appearances, and not substance, is what matters in elections in Central Asia’s authoritarian states.