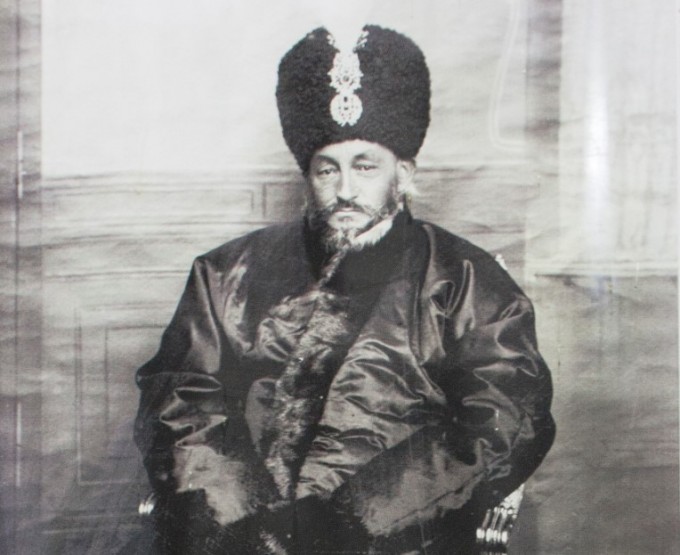 From puppet khan in his native Khiva to poverty and hunger in Ukraine, the life of Sayid Abdullah, the last ruler of the khanate, is a dramatic story mostly unknown even by those with a keen interest in Central Asian history.

The Khanate of Khiva is probably overshadowed by its neighbour to the west, the Khanate, and later Emirate, of Bukhara. However, this polity that occupied the territory historically known as Khwarazm, straddling modern day Turkmenistan and Uzbekistan, has an interesting history of its own. Established in the 16th century, albeit in Vazir rather than in Khiva, the khanate was an independent state for over three centuries.

During the 19th century it became one of the key areas of the Great Game, and captured the imagination of many after Frederick Burnaby’s A Ride to Khiva. However, by then the khanate had lost its independence as in 1873 it had been incorporated to the Russian Empire with the status of protectorate, as would it happened with Bukhara. Despite this, the Khivans retained certain autonomy and, among other features, continued to be ruled by their khans.

The instability that plagued Russia during the 1910s was also reciprocated in Khiva. Following the February Revolution, a group of reformists called the Young Khivans presented Isfandiyar Khan, the khanate’s sovereign, with a set of demands that included the introduction of a representative assembly and the reduction of his powers. Isfandiyar had no choice but to accept. However, the rule of the Young Khivans was short-lived. Five months later, in September 1917 they were overthrown by reactionary forces and a Turkmen military leader, Junaid Khan, returned to Khiva.

Isfandiyar made Junaid the head of his armies but the Turkmen had other plans. In October 1918, he had the Khan of Khiva executed in the Nurullah palace. This is when Sayid Abdullah enters the scene. Despite being the de facto ruler, Junaid enthroned Isfandiyar’s brother as nominal khan. The new ruler was a mere puppet with no say in government and had a pure ceremonial role. Centuries earlier, Amir Timur (Tamerlane) had done something similar using the Chagatayid descendants of Genghis Khan. Some traditions do not change.

Junaid’s rule, and therefore Sayid Abdullah’s time as khan, was brief. The Turkmen generalissimo was defeated by the Bolsheviks in 1920 and fled leaving Sayid Abdullah at the mercy of Reds. That would not be the last of Junaid. The Turkmen would become one of the most prominent basmachis fighting the Soviets until the 1930s. Sayid Abdullah was not that lucky.

Months after his abdication, after a rule of less than two years, in June 1920 the khan and his family were tried by the Bolsheviks. The verdict should not have come as a surprise: Sayid Abdullah and seven other male members of his family, who could have a claim to the throne (two sons, two brothers and three nephews), were banished and all property and assets were confiscated. This was the beginning of lifelong exile for the khan.

Tashkent, Samara and Moscow were the first three stages of their new life. In the Russian capital they were taken to three different prisoner camps. It was not until 1922 that they reached Ukraine, where they would definitely settle in Kryvyi Rih (modern Dnipropetrovsk Oblast) in 1924.

The life of the Khivans in the Ukrainian Soviet Socialist Republic was one of hardship. Not all of them managed to get jobs, the language being just one of the many obstacles, and those who did had to endure long shifts. Sayid Abdullah, for instance, became a night watchman at the local mine, where they all lived in barracks. From khan to a guard in a mine, from sumptuous palaces to crowded common quarters. It is hard to grasp the mental toll this must have taken on Sayid Abdullah.

Others, like the khan’s brothers, the deaf Ibadullah and the septuagenarian Muhammadyar, were not that lucky and ended up begging in the streets, where the former would be run over by a truck. A similar fate was shared by their relatives back in Khiva. Members of the Qongirat dynasty, which had ruled the khanate for over a century, relied on alms to survive.

When the exiles found out about their family’s plight in Khiva, they asked to be allowed to return to home. But Moscow rejected their petition.

The famine that ravaged the Ukrainian SSR in 1930s would deal the final blow to the ageing Sayid Abdullah. In 1933 he fell ill with dysentery and died in the mine’s hospital. His body was laid to rest not in the tiled mausoleums of his ancestors but in an anonymous grave in the mine’s cemetery. He was around 60 years old. With him died the last Khan of Khiva, who reigned for less than two years, albeit in name only, and spent 13 in exile. An tragic end not fit for a khan.

Note: In 1933, after Sayid Abdullah’s death, the exiles were allowed to return home. The khan’s sons and his elder brother settled in Tashkent, while the latter’s sons remained in Kryvyi Rih.