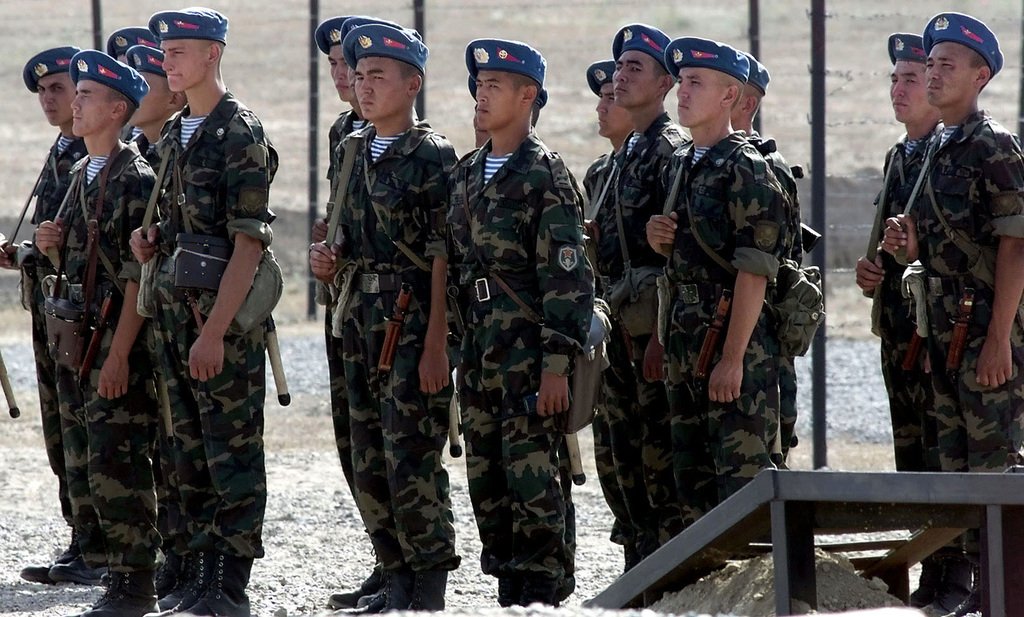 Soldiers in the Central Asian republics have to face worse dangers than enemy bullets or shells. Bullying, hazing, accidents, and psychological pressure are responsible for a large share of deaths and injuries among conscripts, and also professional soldiers. An issue that has been plaguing Central Asia’s armed forces for decades and gives no sign of abating.

On August 18, a 19-year-old conscript was found dead of a gunshot at Kyrgyzstan’s Military Institute of the Armed Forces. At first it was said Syrgak Sabyrbekov had shot himself but two days later the commander of the guard was arrested on suspicion of murdering the teenager. The country’s Minister of Defence was reprimanded by the president Sadyr Japarov. Sabyrbekov’s death was the latest of a series of incidents that have taken place this summer in the Kyrgyz armed forces, including a suicide last month and the recording of a beating. But this is not a new problem, nor it is exclusive to Kyrgyzstan.

The armies of all the Central Asian countries are notorious for the ill-treatment of soldiers and, most notably, conscripts. Episodes of beatings of recruits by officers are far from uncommon. In some cases, the victims end up needing medical treatment or suffering from life-changing injuries. Back in 2014, RFE/RL’s Kyrgyz service reported on a number of such incidents.

In the most extreme cases, the soldiers die as a result of the beatings. That was probably the case of Asadbek Fayzullayev, a 20-year-old Uzbek conscript died allegedly drowned in a canal. However, the family saw fractures, injuries and bruises on his body, which indicate he was physically abused and point towards the aggression as the cause of death. It is a common feature for authorities to try to mask the facts recurring to convoluted “accidents.”

Bullying was probably what also killed five conscripts and a cadet in separate incidents in Turkmenistan back in 2019. More recently, this spring, another soldier in Kazakhstan was also killed. All these are but just a few examples of a tragedy that every year claims the lives of young men at the hands of their colleagues and superiors.

Harassment does not always leave physical scars. It can of a sexual nature. RFE/RL’s Kazakh service reported in late August about the case involving a female soldier. Aighanym Elshibayeva’s military career ended in May of this year after she was dismissed. Officially she had failed a combat training test, but Elshibayeva said she was kicked out of the army because she rejected the sexual advances of her commander and reported him to authorities. He was relocated somewhere else, but the soldier was afterwards subjected to further humiliations, including an intrusive medical check-up.

While hazing and beatings are the most direct form of abuse in the armed forces, psychological pressure also ends up taking its toll. Since the end of July, two soldiers in Kazakhstan’s National Guard have taken their own lives. These cases cover only this summer.

In many cases, authorities blame suicides for deaths that can be said to be “suspicious.” That is what happened in first instance with Sabyrbekov, although an arrest was later made. Similarly, on July 29 18-year-old Kalys Abdykabylov was found dead of a gunshot wound near the Kyrgyz village of Moldovanovka. The authorities stated he had killed himself, something which his brother denied. Also in Kyrgyz territory, back in April of this year a 19-year-old Kazakh private was found hanged across the border. Despite the official version, his family rejected he had taken his own life and suspected foul play. And last year in Kyrgyzstan a 20-year-old also died in unclear circumstances. The list goes on. Suicide is a useful scapegoat.

For those those young men that do, what causes them to take their own lives? According to Kazakhstan’s Deputy Defence Minister, Darkhan Akhmediyev, social problems, including outstanding loans, the recruits face when joining the army “act as a trigger.” So far this year four soldiers have committed suicide in Kazakhstan, said Akhmediyev, while seven others have also tried killing themselves.

The factors cited by Akhmediyev may be the case behind some of the deaths, but the root cause is to be found within the armed forces. It is likely that hazing is a major cause behind these incidents. That was the case of a young Tajik conscript in 2015, who was hospitalised after he shot himself.

Hazing is a phenomenon deeply engrained in the military culture of the Central Asian countries. It is but another manifestation of the authoritarianism that permeates Central Asian societies, starting at the top of political power.

What do the authorities do? In some cases, those found guilty of killing, beating or instigating the death of the conscripts are arrested and handed prison sentences. But those penalties do not do anything to tackle the issue. Back in 2014, a human rights group in Tajikistan urged the government to compensate the families of those conscripts killed in hazing episodes. There is no indication that anything was done in that respect.

Negligence is also a cause of death for Central Asian soldiers far away from the battlefield. This year a shell explosion in the western Mangystau region left two injured. A similar incident last year killed a conscript in Uzbekistan’s National Guard.

But not all incidents involve weapons or explosions. More than 30 military personnel were killed last year in a traffic incident near the Turkmen capital. “Bodies and truck parts were everywhere. Other soldiers were in shock. The military officers ordered the site cordoned off. There was blood everywhere,” a witness told RFE/RL.

Disregarding safety measures and procedures, lack of training or the state military hardware can all be to blame. But in one way or another, negligence is the real culprit behind these accidents.

Aware of the extended problems with bullying, poor conditions, including lack of adequate food, corruption and possible accidents, it is no surprise Central Asian youngsters try to avoid being conscripted. This is especially true for the region’s most authoritarian countries: Tajikistan and Turkmenistan.

Through an approach reminiscent of the impressment carried out in the United Kingdom in the 18th century to fill the ranks of the Royal Navy, both countries resort to ambushes of plainclothes officers to grab future conscripts.

In Tajikistan, men between the ages of 18 are 27 are forcibly conscripted. In many cases, they are abducted from their own homes or places of work. Those with financial means can avoid the 2-year military service by paying a 25,000 somoni fine (around $2,400), an amount not many can afford.

Meanwhile in Turkmenistan, officers take students from school while they sit their finally exams. Those lucky enough to avoid the recruiters then can also be snatched from their homes. There is no official fee to avoid been conscripted like in Tajikistan, but that void is filled by bribes. Postponing the military service can cost close to $6,000. Once they are drafted, those families with means can pay to secure their children ‘safe’ army units. Those who cannot afford bribes see how their offspring are can be sent to serve in the dangerous Afghan border.

While the Central Asian governments brag about new military equipment, whether that is Kyrgyzstan’s Bayraktar drones or Turkmenistan’s flagship corvette, their conscripts have to face the hardships of a bullying culture and poor conditions that tragically cuts short the lives of many of them. It has been like that for decades and, unfortunately, there is no indication this will change anytime soon.

0 comments on “Conscripts in Central Asia, a dangerous obligation”