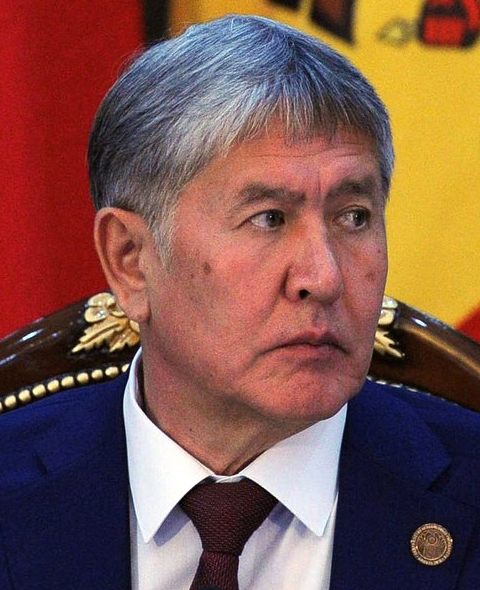 On the 8th of August, Kyrgyz security forces detained former president Almazbek Atambayev in his residential complex in the outskirts of Bishkek after failing to do so the previous day. The official reason behind his arrest was his failure to show up in court as a witness involving the unlawful release of a notorious Chechen mafia boss during his presidency. However, it was his resistance to give up real authority after leaving office that was one of the main causes for his downfall.

Power transition has been one of Kyrgyzstan’s unresolved issues since gaining independence from the Soviet Union. In a phenomenon that can affect all countries, from democracies to authoritarian regimes, Kyrgyz presidents have been more than reluctant to give up the reins of the nation. In fact, revolutions where necessary to dislodge two of Atambayev’s predecessors from the White House in Bishkek. What we are witnessing currently in the feud between Atambayev and his successor, Sooronbay Jeenbekov, is the former’s desire to continue being in charge, and the incumbent’s intention to avoid it and have undisputed control.

Askar Akayev, physicist-turned-politician, became the first president of an independent Kyrgyzstan and ruled the country for almost 15 years before being ousted in 2015 in what became known as the Tulip Revolution. His intention to remain in power, either directly or through a dynastic succession, with two of Akayev’s children being elected in the controversial parliamentary elections that triggered the revolt, eventually led to his downfall, together with his government’s corruption and the country’s poor economic situation, and he ended up fleeing to Russia.

Also in exile, although in Belarus, is where his successor, Kurmanbek Bakiyev, finished up after five years in office. Nepotism and corruption, with his son Maxim being a perfect example of both, together with double-crossing Russia regarding the American presence in the Manas airbase, resulted in a second revolution. Once again, it was through a revolution, and not a smooth transition through the ballots, that office changed hands in Kyrgyzstan.

After Roza Otunbayeva’s interim presidency, the only president that has so far given up authority voluntarily, Atambayev took over. When his one 6-year term expired, as stipulated in the Constitution, he had to relinquish the reins. However, leaving the White House is one thing, giving up power is a different matter. To this effect he picked his prime minister Soroonbay Jeenbekov to contest the 2017 presidential election. Atambayev thought his protégé would do his bidding, like Medvedev had done for Putin. He was mistaken.

As it happened with Akayev and Bakiyev, Atambayev did not give up willingly and, differently to the other two, he stubbornly decided to continue his struggle. Regardless of the outcome of the current situation, with news of Atambayev’s supporters taking to the streets and a possibility of further confrontations with the security forces, what is worth highlighting is the inability, once again, of orderly power transition taking place in the Kyrgyz Republic. For a country to be a democracy it is not enough to simply have free elections. Among other things, including freedom of speech and an independent judiciary, it is key for control to be relinquished and adopted transparently and peacefully, something at which Kyrgyzstan has failed repetitively.

If Jeenbekov, as expected, overcomes the current crisis he will be faced with the same dilemma as Atambayev when his presidential term expires in 2023. That would be the opportunity for a truly democratic transition. However, the both his own track record, and that of this predecessors, make it an unlikely situation. Power is too good of a thing to give up.