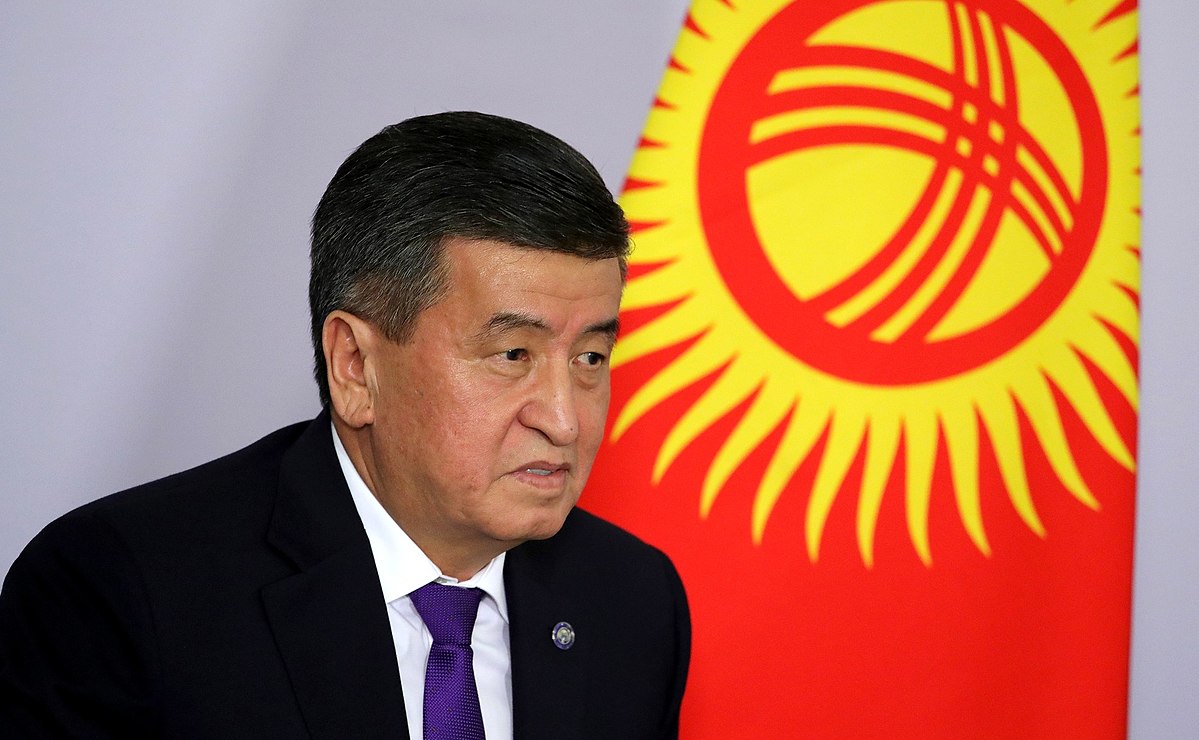 Retiring at 61 years of age might be a prospect that many would enjoy. But in Kyrgyzstan there is one man who was forced to leave his job being barely over 60 that would much rather continue working, especially given that his job was that of president. Sooronbai Jeenbekov was effectively ousted from power after having only completed half of his six year term mandate. While all sights are now on his successor, Sadyr Japarov, a question arises. What will Jeenbekov do now?

After a political career that spans over almost three decades, Jeenbekov is out of a job. The former president started as an anonymous member of parliament in the mid-90s to later become Minister of Agriculture (2007), Governor of the Osh region (2010-15), Prime Minister (2016-17) and, finally, President (2017-20), among other roles.

His mandate as President of Kyrgyzstan was cut short by the protests that followed this year’s parliamentary elections. The unrest that followed the elections resulted in the rise to power of Japarov, who first became Prime Minister and, after Jeenbekov’s resignation, acting President. Jeenbekov’s exit from the political scene was not voluntary and was forced by the events that led to Japarov’s rise to prominence and the backing the latter enjoys from different parts of society, organised crime included. Having lost the battle for power, the 61-year old resigned. But is it the end of Jeenbekov?

Power, once reached, is hard to let go, as Jeenbekov’s predecessors have shown. With the exception of the interim Roza Otunbayeva, none of the Kyrgyz presidents have given up willingly. Askar Akayev and Kurmanbek Bakiyev were both forced out of office during two revolutions in 2005 and 2010 respectively, while Almazbek Atambayev did step down of the presidency but tried to continue to run the country through his successor, Jeenbekov. However, instead of being a docile puppet, Jeenbekov asserted himself, which led to a power struggle that resulted in Atambayev being captured and sent to prison.

Will Jeenbekov continue his predecessors’ trends and, after the initial shock, try to continue to be involved in Kyrgyz politics? Or has he had enough? Contrary to Akayev and Bakiyev, he hasn’t had to leave the country and, unlike Atambayev, remains free.

What the future holds

At the time of writing these lines, Sooronbai Jeenbekov seems to be finished. His failure to tackle the country’s problems, if not acerbate them, led to his downfall. He is not a wanted figure neither by Japarov and his supporters nor by the opposition parties and movements that spearheaded the protests or by the public in general. It would seem like his time is definitely over and any attempts to revert it are destined to fail.

However, questions still remain to be answered. First of all, what are his intentions? Only he and his inner circle know it. Does he want to put up a fight or has he decided to abandon any quest for power? Secondly, if he decided to return he would need to count on the support of his followers. How much of his support base in the southern region of Osh does he retain? If he tried, could he rally enough support to become a challenger again? Thirdly, can he continue to be involved indirectly through proxies, like his brother Asylbek who was a candidate in the last elections? Given that Jeenbekov doesn’t seem to enjoy the support of a majority of the Kyrgyz society and became relatively unpopular, this would seem like an option.

Making predictions about Kyrgyz politics are shown to be an almost impossible task. Only time will tell what are the plans that Jeenbekov has for the future. Whether he decides to retire or tries to make a comeback, it seems that his role in Kyrgyzstan’s recent history is over. But nothing can be ruled out. After all, this is Kyrgyzstan.

0 comments on “What is next for ousted Jeenbekov?”