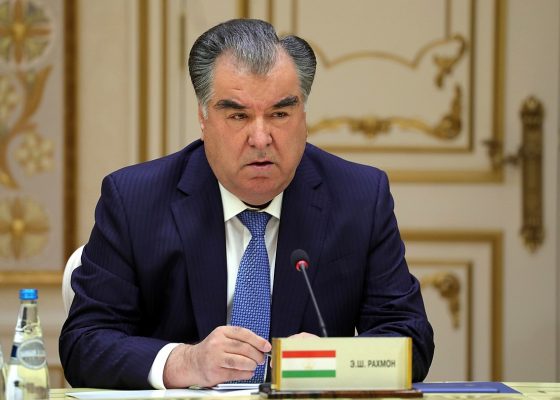 On April 29, the Tajik lower chamber, the Assembly of Representatives, passed a bill banning bans Russified family names and patronymics for newborns. This can be interpreted as a nationalistic move but what is more important is the involvement of the Tajik authorities in their citizens’ lives, dictating now the surname their children must have.

According to the bill, ethnic Tajik parents who have surnames ending in “ov” or “ova” and “ev” or “eva”, a remnant of Russian influence during Soviet times, will not be able to inscribe their children with their surnames. Instead, they will have to substitute the Russian suffixes for Tajiks ones, like “i,” “zod,” “zoda,” “iyon,” “far,” “dukht,” or “pur.” The same applies with patronymics ending in “ovich” or “ovna” and “ev” or “evna.”

The law now has to be approved by the upper house or senate, and then be signed by President Rahmon. Those with already Russified surnames will not have to change them as it only applies to registrations going forward. Similarly, non-Tajik minorities are exempted from the bill.

This is not the first time the Tajik authorities interfere with the naming preferences of their citizens. Back in 2016 a prohibition of names “foreign to the national culture of the Tajiks” was issued, which resulted in an approved list of 4,000 Tajik names that parents had to choose from when deciding on their children’s names.

Names, as language, play an important role in asserting a nation’s narrative and identity. Tajikistan is no exception in this regard. Changing toponyms has been taking place in Central Asia for centuries, and it has also happened in Tajikistan with an especial emphasis post-independence to get away from Soviet and Russian influence. The same applies to naming conventions. The president himself changed his Russian sounding name and surnames in 2007 from Imomali Sharipovich Rakhmonov to Emomali Rahmon.

There is nothing wrong in encouraging the use of Tajik names and surnames, quite on the contrary. The problem comes when this takes nationalistic tones and is imposed by the state. Tajiks should not be told how their children’s surname must end or what their name should be; they should be free to choose. This recent bill is just another example of the growing authoritarianism and meddling the Tajik authorities have on the lives of ordinary people.

With coronavirus finally acknowledged in the country, a crumbling economy and a lack of political freedoms, naming conventions are not the most relevant issue faced by Tajiks in their daily lives but it is yet another example of the regime’s practises on building a nation tailored to Rahmon’s views and preferences. Nations do not belong to their leaders but to their citizens.

0 comments on “Surnames and individual freedoms in Tajikistan”