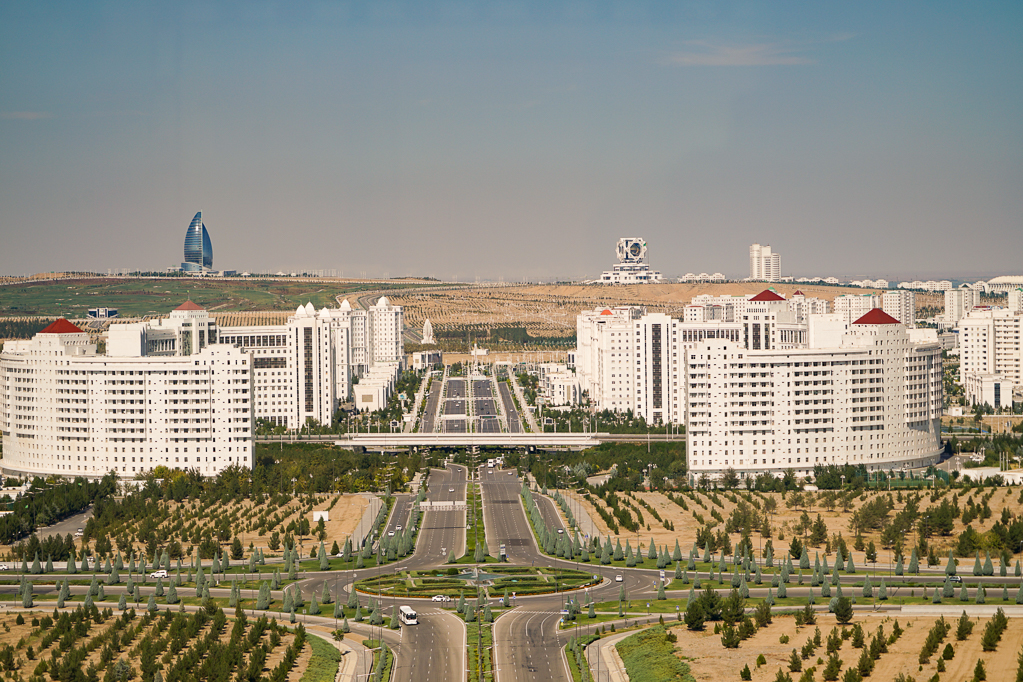 The lack of reliable and verifiable information is the breeding ground for rumours. This is a phenomenon that is widespread in Turkmenistan due to the opaqueness of the regime. From conspiracy theories involving a murder to gossips suited for tabloids, the country has its fair share of rumours. Recently, the coronavirus pandemic has also become the subject of worrying stories that are hard to authenticate.

In September the independent Turkmen.news website informed of the case about a police major who was taken ill to hospital in early July. His condition wasn’t serious but it suddenly worsened. He told his wife he wasn’t being given oxygen and that he feared for his life. He asked her to get him out of the hospital but she was forbidden to enter the hospital. “Then they’ll give me an injection now and kill me!” the policeman replied. Half an hour later he was pronounced dead.

As RFE/RL’s Bruce Pannier wrote, Turkmens have contacted the outlet’s Turkmen Service with similar stories. This indicates that either the rumour of the major has spread throughout the country, which is hard to believe given that information is tightly controlled in the country, or similar cases are believed to have taken place.

It is practically impossible to know if the authorities are killing coronavirus-infected patients. It seems like a step too far. However, it is worth highlighting that many of these allegations took place ahead of the World Health Organisation’s visit to Turkmenistan. Was it a premeditated plan to portray the country COVID-free, as the government claims? Whether the rumours or true or not, the fact that they do not seem far-fetched is already telling something about the country’s situation.

The death of Turkmenbashi

Killing ordinary citizens is one thing, but killing Turkmenbashi, the Head of the Turkmen, is taking it to another level. Saparmurat Niyazov, self-proclaimed Turkmenbashi, was the first president of Turkmenistan and passed away on the 21st of December 2006 as a result of a heart attack. Or so the official version goes.

As expected, it wasn’t long after Niyazov’s sudden death that alternative theories started to emerge. Murder was the obvious choice. After all, Niyazov has a long list of enemies that ranged “from impoverished citizens to disgruntled government officials, from drug traffickers to foreign energy executives.” Then we get to the methods. Was he poisoned, which may not have left a trace in his body, killed in his sleep or, as another theory suggests, was the diabetes-ailing dictator pushed down the stairs?

It is hard to know if Niyazov actually murdered. The president was known to have a number of health issues, including heart problems and diabetes, so a natural death could have perfectly taken place. However, according to a former Foreign Minister, Avdy Kuliev, Niyazov was in good health before his death and his German personal doctor was not involved in his autopsy, which raises some eyebrows. Kuliev goes as afar as pointing the finger to forces outside the country.

Whether Niyazov was murdered or not, what it is very likely is that the death took place before the 21st of December, given that the border with Uzbekistan was mysteriously closed the day before. This would have given time for the succession to get started. It is also worth pointing out how smoothly the succession took place in the background, with the new president Gurbanguly Berdymukhamedov emerging victorious in a matter of days.

From father to son?

Why Berdymukhamedov? Now it’s when the murder conspiracy theories becomes pure tabloid fodder. According to an unfounded, albeit amusing, rumour that circulated after Turkmenbashi’s death, Berdymukhamedov, get ready, would actually be Niyazov’s love child. How else would have the unassuming Minister of Health been able to succeed the president?

For this to be actually true, Niyazov must have been around 17 years old when his successor was born. Just imagine the sort of headlines tabloids like The Sun or Daily Mirror would be running with such information.

The (Russian-Jewish) power in the shadows

Conspiracy theories about George Soros, Bill Gates or the Illuminati, always find an audience, and people willing to believe in them, throughout the globe. Turkmenistan has a similar story, but in this case much more real and believable. No need for a tinfoil hat.

While the spotlight has always been on Turkmenistan’s eccentric leaders, is it right to consider them the ones calling shots? Since the raise to power of Saparmurat Niyazov, a trio of shadowy personalities are said to hold the real power in the country: Alexander Zhadan, Viktor Khramov and Vladimir Umnov. All of them would deserve an article on their own.

Ethnical Russians that arrived in Turkmenistan during the Soviet times, their names are shrouded in mystery. Despite not having flashy titles, they have been more powerful than ministers, exercising their influence in the background as mere “presidential advisors.” As a result, their names won’t show up when researching about the Turkmen government, one has to go deeper. Zhadan and Umnov were the minds behind Turkmenbashi’s economic policies while Khramov, a propaganda master, was instrumental in Niyazov’s personality cult.

Their careers did not stop with Niyazov’s death. While Umnov retired, Zhadan and Khramov still play a role in Berdymukhamedov’s regime, with the latter developing the president’s personality cult. Many questions emerge about these shadowy characters that seem to pull the strings in the country. To what extend are they still in favour with Berdymukhamedov? How much power do they really have? Are the presidents their puppets, as rumours suggest, or are they “mere” public servants? Given the lack of information, once again it is hard to know. The fact that they are ethnic Russians and reportedly of Jewish background makes such claims even more persistent.

Berdymukhamedov comes back from the dead

Probably the rumour that spread the furthest was related to the current president’s alleged death last summer. News of his passing emerged online outside Turkmenistan and it didn’t take long before the gossip made it to the international press and to Turkmen citizens. This was helped by the fact that the government remained awkwardly quiet and Berdymukhamedov, notorious for his constant presence in the state-run media, was not seen for weeks. When some people were about to open the champagne, Arkadag came back to life.

Given the lack of information, besides the official propaganda, it is hard to know what really happened. Berdymukhamedov was probably sick, as one of his first public appearances since the rumour showed him in a doubtful state at the Caspian Economic Forum. But why did the authorities take so long to refute his death? Was he aware such rumours were circulating about his health? Was he in such a state that didn’t allow him to act? Or, in a Machiavellian move, did he allow the rumours to spread for his would-be successors to show themselves? Unless breaking reliable information suddenly emerges, the only thing one can do is to speculate. Nevertheless, this episode shows that even the death of the president can be shrouded in mystery not for days but even weeks.

Turkmenistan is a country were rumours abound, the ones above being a simple selection. This isn’t because Turkmens are fonder of gossips than other nations, but it is a result of the vacuum of information created by a regime that only feeds its people propaganda. Once they look beyond the layers of official statements and newsreels, people themselves start asking questions. And where they can’t find answers, rumours emerge. Some of them are amusing, others are worrying; some could be true, others seem mere fabrications. What is true is that these rumours are, in one way or another, the creation of the Turkmen authorities’ approach to information.