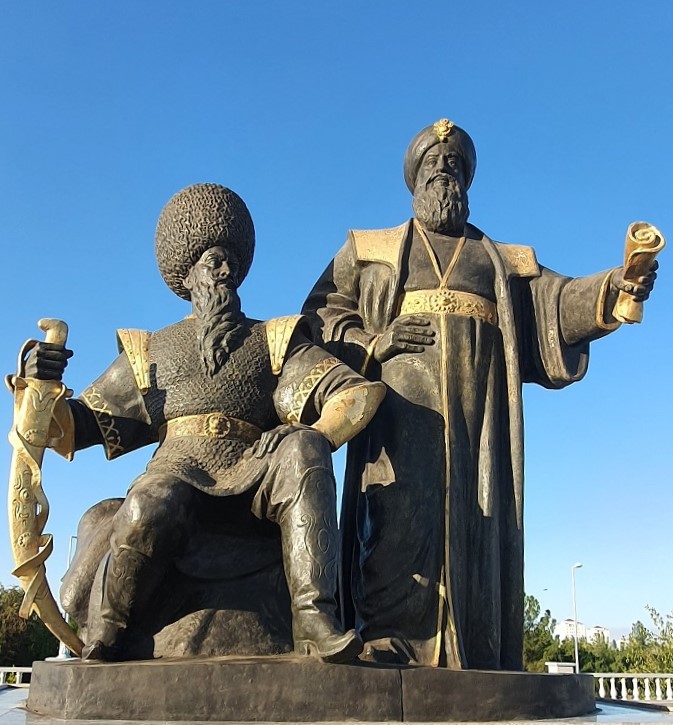 Descending from the steppes, the Seljuks conquered a large empire that stretched from the Mediterranean to the heart of Eastern Turkestan. Despite their nomad origin, they adopted the Perso-Islamic traditions of those they subdued and paved the way for other Turkoman dynasties that ruled Central and Western Asia for centuries. How did this family of warriors establish one of the greatest Turkic states?

From the steppes to Manzikert

The Seljuks were a clan of the Oghuz branch of the wider Turkic people. They first entered History in the 10th century. At that time, Duqaq and his son Seljuk, after whom the group would be named, served the Khazars, a Turkic state north of the Caspian Sea, as military commanders. It is possible that both shared the Jewish faith of their patrons, who had converted to Judaism. It is still unclear why, but in the second half of the century the Seljuks rebelled and left Khazar lands. Led by Seljuk, they marched towards the town of Jand, in what is now southern Kazakhstan. There they converted to Islam and entered the service of the Samanid dynasty before Seljuk’s death in 1009.

The Samanid Empire collapsed in 999 and their dominions were occupied by the Karakhanids and the Ghaznavids. The Seljuks, under his son Arslan Isra’il, took part in Transoxiana’s turbulent history and allied themselves with one of the Karakhanid rulers that was fighting his brother. The Ghaznvanid meanwhile supported the other sibling and captured Arslan Isra’il. After this setback, the Seljuks were forced to flee after rebelling against their former Karakhanid patrons. From Transoxiana they went to Khwarazm and from there to Khorasan.

With Arslan Isra’il in captivity, where he would die in 1032, his brother Musa Yagbhu and two of his nephews, the siblings Tughril and Chaghri, rose to prominence and offered the services of the Seljuks to Masud, who had become the Ghaznavid sultan. In return for guarding Masud’s borders they asked to be able to roam Khorasan. Masud rejected their offer and decided to confront them. The Ghaznavid army was then ambushed and defeated at Nasa in 1035, which paved the way for the Seljuk conquest of Khorasan. This was completed in 1040 after the battle of Dandanqan, near Merv, which resulted in a total Ghaznavid collapse. Masud’s war elephants were of no use to their sultan. What used to be a force of nomadic warriors had been able to subdue the dominant power in Khorasan. An empire was born.

Tughril, Chaghri and Yagbhu divided the Seljuk domains amongst themselves. Tughril was assigned the territories lying to the west of Nishapur, in eastern Iran, while Chaghri, based in Merv, those to the east. Yagbhu, who would soon disappear from History, got Herat. From that moment on, it would be Tughril who would lead the Seljuk expansion. Seljuk’s grandson conquered the Iranian plateau and Arab Iraq, overcoming local dynasties like the Persian Buyids, and was crowned sultan by the Caliph after occupying Baghdad in 1055. Three years later the Caliph proclaimed Tughril ‘King of East and West.’

Tughril’s campaigns reached as far as the Caucasus and eastern Anatolia, not with the purpose of annexing territory but to keep the loyalty of his Turkoman, as the Oghuz were also known, with plunder and pastures. Failure to do so would lead to revolts.

Tughril I, the nomad chief that had become a sultan, died childless in 1063. Even though Tughril had named Chaghri’s son Suleyman as his heir, it was the latter’s elder brother who would become the next ruler. Dynastic succession in the Seljuk Empire was never a simple affair. In true nomadic fashion, a struggle for power among the sultan’s relatives took place after the ruler’s demise, with the strongest emerging as the next leader. In this case, it was Alp Arslan (r. 1063-1072) who got the upper hand. He set aside his brother Suleyman, defeated his other brother Qavurt and killed in battle his uncle Qutulmush, Arslan Isra’il’s son.

Having inherited his father’s domains and adding them to those of Tughril, Alp Arslan united all Seljuk territories under his rule. The sultan spent most of his reign on horseback, fighting rebellions and expanding the Seljuk borders. To the west, he clashed with the Byzantines. In 1071, in what became known as one of the defining episodes in the region’s history, Alp Arslan defeated the Byzantine emperor Romanos IV at the battle of Manzikert. While a greatly symbolic clash, not less because Romanos was made prisoner after the battle, it did not bring about the collapse of Constantinople’s authority in Asia Minor. What did this was the ensuing civil war that broke out for the Byzantine throne.

A year after Manzikert, Alp Arslan led a campaign against the Karakhanids in Transoxiana. At the banks of the Oxus, he met his end when he was murdered by the captive prisoner of a fortress he had recently taken. He was only 42.

The sultan and the vizier

Alp Arslan was succeeded by his son Malikshah I, not before the new ruler defeated and had his rebellious uncle Qavurt strangled. As it was the nomad tradition, that Mongols and Ottomans would uphold, royal blood could not be shed.

The Seljuk empire is considered to have reached its apogee under Malikshah’s rule (1072-1092). The sultan led his armies from Kashgar, in the east, to Asia Minor, in the west. He subdued the Karakhanids to vassalage, Turkoman chiefs expanded Seljuk influence into Syria, and a lesser Seljuk sultanate started taking shape in Asia Minor led by Qutulumush’s descendants.

As it was the norm, Malikshah had to put down constant rebellions during his reign. Two of them was, albeit minor ones, were led by his brother Tekish. The sultan’s sibling, who was put in charge of Balkh, rose twice against Malikshah, who in the end had Tekish’s eyes put out.

Despite the large territorial expansion, it is worth mentioning that in the fringes of the empire it took place on a decentralised fashion out of the sultan’s control. In many cases, groups of Turkomans led by their chiefs ventured into enemy territory and managed to carve themselves their own fiefdoms. This was the case for instance in Syria, with Malikshah’s own brother Tutush and the Turkoman Atsiz, and in eastern Anatolia, with the Turkoman leader Artuq.

With Malikshah, the nature of Seljuk rule started to change. The sultan did not spend all the time on the saddle, as Tughril I and Alp Arslan had done, and the capital of Isfahan was firmly established as the ruler’s main residence, with Baghdad coming a close second. A shift towards the Perso-Islamic tradition of governance also took place. However, in both cases nomad influence remained strong, as Malikshah preferred a camp to palaces and Turkish steppe traditions continue to play an important role, as did drinking bouts.

The main architect of the Seljuk state during Malikshah’s rule was no other than his vizier Nizam al-Mulk. The minister was made vizier by Alp Arslan, who knew him from his time ruling over Chaghri’s territories in Khorasan, but it would be under Malikshah when we would develop most of his career. Nizam al-Mulk embarked on the transformation of the Seljuk empire, reforming the administration towards a Persian model. The vizier is also known for the institutionalising education through the establishment of a series of madrassahs throughout the empire. Nizam a-Mulk has also gone done in history as the author of the Siyasatnama, a government book similar in purpose to Machiavelli’s The Prince.

It seems that by the end of his reign, Malikshah I became weary of Nizam al-Mulk’s power, which in some cases eclipsed that of the sultan’s. The powerful vizier was murdered at the age of 74, allegedly by the notorious Ismaili sect of the Assassins, although rumours also circulated about the sultan’s implication. Malikshah, the greatest of Seljuk rulers, met the same fate as the vizier a month later when he died while hunting. In the sultan’s case, he was probably murdered on the Caliph’s orders, given that Malikshah was planning to remove him.

After Malikshah’s death, the empire was de facto partitioned. In the west intrigues, gossips and assassinations took over the Seljuk court in Hamadan, while in the east Sanjar revived the fortunes of the Seljuks and became one of the dynasty’s greatest rulers. Read about this and many other events in The Great Seljuks, rulers of the East and West (part II)

4 comments on “The Great Seljuks, rulers of the East and West (part I)”