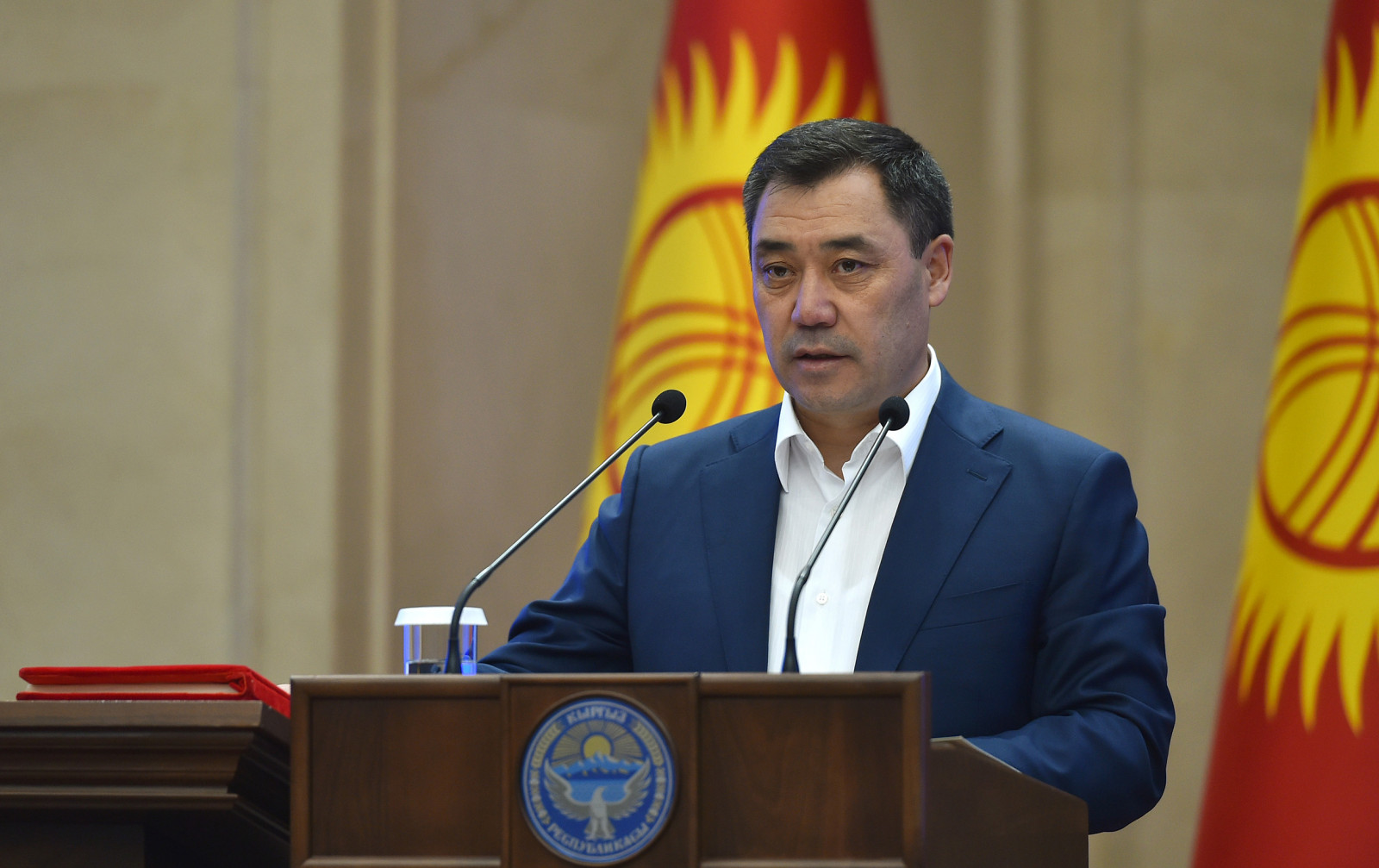 After polls closed on Sunday in Kyrgyzstan, there was one clear winner: Sadyr Japarov. He got a much larger share of the vote than any of his competitors and voters overwhelmingly backed his proposal of reverting to a presidential system. However, Japarov’s victory might not be as grandiose as it seems.

No runoff was required. Sadyr Japarov won outright in the first round of Kyrgyzstan’s presidential elections. Around 79.2% of the voters that turned up to the polls supported the former-convict-turned-president. None of the competitors were even close. The second in the voters’ preference was Adakhan Madumarov, who got a meagre 6.7% of the vote, followed by Babur Tolbayev (2.3%).

Similarly, the referendum was also a one-sided event. A vast majority of 81% of the voters backed switching to a presidential system, while only 11% opted to keep the current parliamentary republic and 4% voted against both.

Despite Japarov’s victory in the polls, as well as the referendum’s outcome, it would be a mistake to interpret it as the new president having the overwhelming support of the Kyrgyz people. The reason behind this lies in the turnout rate. At only 39%, it is the lowest in Kyrgyzstan’s history when it comes to presidential elections. And that has an impact on the figures too.

As Figure 1. below shows, when considering all the registered voters, Japarov got the votes of 31% of the people. Less than a third. In other words, from the 3.56 million citizens registered to vote, 1.08 million opted for Japarov while a staggering 2.17 million people did not vote, representing 61% of the electorate.

A comparable finding can be extracted from the referendum (Figure 2.). In this case, 32% of the voters opted for a presidential system while the majority didn’t turn out to vote. Around 1.14 million people have decided the political system Kyrgyzstan will have, while 2.21 million did not even vote.

Why didn’t most of the people turn up at the polling stations? The cold is being used as one of the main reasons, but we could add to that the pandemic, changes in the voter registration system to avoid tampering and a general lack of motivation regarding the politics of the country. Thorough analysis will surely be conducted by experts to express this phenomenon. Whatever the motive behind the low turnout rate, it is something that must be considered when analysing the election results.

Japarov’s victory is unquestionable, especially when comparing his votes to those obtained by his rivals, who do not come even remotely close to him. Likewise, many of the voters backed his chosen option for the referendum. While Japarov has reasons to celebrate his victory, it would be wrong to infer that he is supported by the majority of the Kyrgyz people, as the analysis above demonstrates.

Politics aside, Kyrgyzstan has hard days ahead with an economy severely hit by the pandemic. This, among other topics, can start eroding Japarov’s popularity. He should not forget that, while his vote percentage was significant, in overall terms his support may not be as large as it seems. And this, in the fast-changing world of Kyrgyz politics, can become important in the coming years, if not months.

Note: Figures above are the latest as of Sunday night

1 comment on “Japarov’s victory in Kyrgyzstan, a real landslide?”