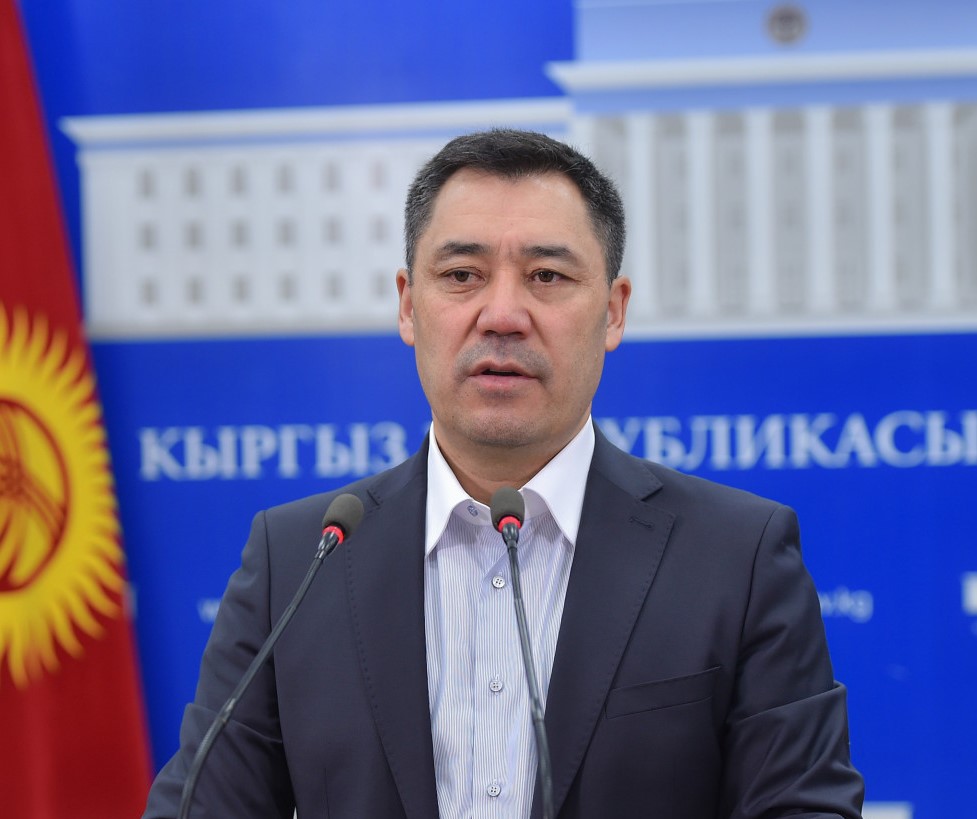 A few months after being elected, Sadyr Japarov scored another important victory when the constitutional referendum granting him more powers passed in the ballots. Having achieved his aims since he rose to power, it is now time for him to tackle the country’s multiple issues, but questions remain on his ability to solve them.

On April 11, the Kyrgyz people went to the polls to vote in local elections and, more importantly, on a new constitution that was put forward by the country’s president, Sadyr Japarov. This new charter would invest the president with new powers, in detriment of the parliament, and allow him to stay for another term in office. No surprise then that critics dubbed it the “khanstitution”, with Japarov acting as the new khan.

As expected, the referendum was approved. Around 79% of the voters backed the new referendum. However, as it happened during the presidential elections, that figure can be misleading. The turnout was a meagre 37% which means that only 1.3 million Kyrgyz out of the country’s 6.5 million approved the changes in the constitution. A far cry from wide popular support.

The results of the referendum culminate a meteoric rise to power of Sadyr Japarov. In a matter of little over six months, he has gone from prisoner to president and virtual author of the country’s new constitution, including being briefly prime minister and interim president. A personal success story that is not exempt of unanswered questions and murky connections.

With a, for the time being, stable position at the head of Kyrgyzstan, Japarov now has to turn his attention to solving the country’s problems. In his first months has president he has paid the customary visit to Moscow, as well as to Tashkent and Nur-Sultan, with his efforts mostly focused on cementing his power, with the referendum being the best example. Besides a partial success at demarcating the borders with neighbouring Uzbekistan, not much else has come out from his time in office. Now it is time for him to govern.

Kyrgyzstan, like most countries, has been badly affected by the pandemic. Its economy, which was already in bad shape prior to the outbreak, has suffered significantly. Kyrgyzstan’s GDP is estimated to have contracted anywhere between 4.6% and 10%, depending on the sources. A fall from remittances from its migrant workforce abroad, lack of tourism and the political instability that gave rise to Japarov all contributed to the situation. Can the president help improve the situation? Given the size of the problem, his lack of experience in the matter and populist rhetoric, which can make foreign investors feel uneasy, it is doubtful.

Besides the economy, Kyrgyzstan has another important front to attend to and that is its largest neighbour: China. Can Japarov be in good terms with Beijing at the same time as he maintains the support of nationalist elements of society, assure Chinese businesses stability while keeping at bay outbreaks of Sinophobia? Add to this the repayment of the $1.8 billion (around 40% of all its foreign debt) Kyrgyzstan owes to China’s Export – Import Bank, which might be partially achieved through concessions in the mining and even energy sector. Managing and balancing all these elements is no mean feat.

Then there are other social issues that have been a constant in the Kyrgyz scene, from corruption and the links between politics and organised crime to ‘bride kidnapping.’

Sadyr Japarov is now the most powerful president in Kyrgyzstan since the times of Askar Akayev (1991-2005) and Kurmanbek Bakiyev (2005-2010), but will he face the same fate as them, who were deposed after revolutions?

Kyrgyzstan has numerous problems, the ones mentioned above being only a selection. If Japarov does not address them, his support will start eroding. As all populists, Japarov has made promises which are hard, if not impossible, to keep. When he fails to deliver them, and if the situation in Kyrgyzstan does not improve and it continues to suffer from the same age-old problems, his situation will deteriorate. Despite enjoying more powers than his immediate predecessors, the Kyrgyz society has proved in the past that it will not hesitate to stand up and, if necessary, depose him.

Japarov is now, at least publicly, the most powerful man in Kyrgyzstan. It is time for him to get to work and improve his people’s situation. Or otherwise, he could be out the door sooner than expected.