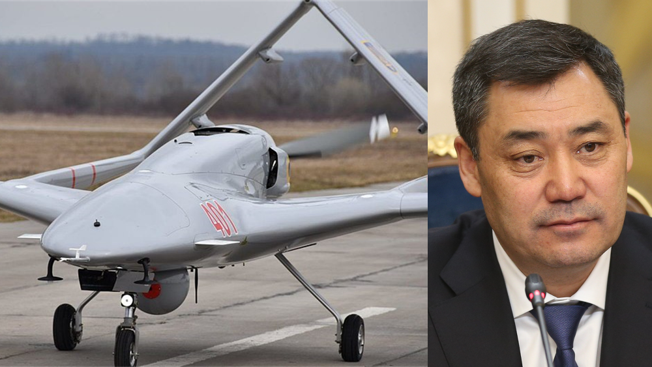 Kyrgyzstan has been acquiring new military hardware in the last months. These movements follow the clashes with Tajikistan in spring during which it became evident the Kyrgyz army was lagging behind its neighbour. In the meantime, the Kyrgyz president continues with its nationalist tone that does little to defuse tensions with its Dushanbe.

In late April 2021 what started as a local water dispute between citizens from both countries escalated to a confrontation between Tajik and Kyrgyz troops along the border. More than 50 people lost their lives and tens of buildings were destroyed. What became clear as the fighting raged was that the Tajik troops had the upper hand, being faster to react and overwhelming their Kyrgyz counterparts. That is something the Kyrgyz government does not want to see repeated.

After the conflict, the Kyrgyz authorities looked for diplomatic and military support. Turkey became their main option. The choice was not new. Back in 2012, Turkey had already shown interest in providing military aid to Kyrgyzstan. More recently, in November 2020, Turkey donated military equipment to the Central Asian nation.

President Sadyr Japarov visited Ankara in May, while the Kyrgyz Foreign Minister met his Turkish counterpart in mid-June and both ministers of Defence did the same in Bishkek later that month. Military cooperation topped the agenda. The materialisation of those talks took place in October when it became public Kyrgyzstan would be buying Turkish Bayraktar TB2 drones, as well as Russian Orlan-10s.

The border clashes with Tajikistan were the reason behind those purchases. “We didn’t have one aircraft to put into the air during the conflict [with Tajikistan]. Now we will buy both aircraft and UAVs (unmanned aerial vehicles),” announced Japarov recently . However, there is no indication so far that Kyrgyzstan will buy jets, which are significantly more expensive than drones.

UAVs are not the only thing Kyrgyzstan is buying these days. Last month, Kyrgyzstan showed 40 units of Toyota armoured SUVs that it had bought in Dubai. They will be used by the border service.

Catching up to do

Kyrgyzstan’s armed forces are a special case in Central Asia. After its independence from the Soviet Union, its then president Askar Akayev (1991-2005) believed the country should not have an army. He would rely on the troops of the Commonwealth of Independent States (CIS). However, he had to change his approach when it became evident that the CIS would not pay the bill for Kyrgyzstan’s defence. In May 1992 Akayev issued a decree to establish the Kyrgyz army and its General Staff was created in 1993.

Since then, Kyrgyzstan has gradually increased its defence expenditure, from a mere $24 million in 1993 to $130 million in 2020 (see below). Nevertheless, it is hard to see how the country can afford buying aircrafts on that budget. Despite this, it is significantly higher than Tajikistan’s $80 million in 2020. But these figures do not take into account the military aid received.

As noted by Oxus Society, since 2012 Kyrgyzstan has received over $200 million worth of second-hand weapons and equipment from Russia. In the meantime, Tajikistan was supplied with over $122 million of Russian weapons in 2019, with a further $200 million earmarked to modernise its army up to 2025.

There is also the intangible aspect of military experience. The incursions of the Islamic Movement of Uzbekistan (IMU) in southern Kyrgyzstan during the summers of 1999 and 2000 made it clear that the Kyrgyz security forces lacked men, equipment, and training. In the meantime, Tajik troops, while also sharing some of the material and financial shortages of their Kyrgyz colleagues, are more used to dealing with border issues and infiltrations in the Afghan border.

The perils of nationalism

It should not concern that Kyrgyzstan wants to modernise and equipped its armed forces. That is a legitimate objective pursued by every nation. However, Japarov’s remarks, coupled with his growing militaristic tone, do can raise some eyebrows.

“We have never in 30 years never started a conflict with anyone, did not seize other people’s territories with weapons in our hands. And this will not happen again. But if there are attempts to seize our territories, the answer will be tough” said the Kyrgyz president during a press conference on October 23.

In that same event, he recklessly offered Dushanbe to swap “275 metres” of land for 3 million hectares in eastern Tajikistan. Its not the first time that him or his associate Kamchybek Tashiyev, in charge of national security, carelessly increase tensions with blunt remarks.

The border conflict with Tajikistan was the first serious test Japarov had to face as president. It is safe to say he failed. A nationalist himself, Japarov faced criticisms of Kyrgyz nationalists who accused him of not being tough on Tajikistan. Despite having consolidated his position after this year’s presidential elections and constitutional referendum, Japarov still has multiple issues to face.

The effects of the pandemic, the increase in prices and the prospects of a tough winter amid energy shortages are challenges the president has to deal with and for which, it looks like, he does not have solutions. Stirring up nationalism is a way to distract attention from the country’s real problems. And that is something that is worth keeping an eye on. It would not be the first time in the world’s recent history that a spiral of nationalism gets out of control and ends up in an armed conflict with a neighbouring country. With the confidence of a better equipped army and dazed by a wave of nationalism, Japarov may be tempted to seek retribution for this spring’s conflict. An unlikely scenario but one that cannot be ruled out.

What about Tajikistan? Its president Emomali Rahmon also benefitted from the wave of nationalism following the conflict with Kyrgyzstan and, more recently, after the Taliban takeover in Afghanistan. At this moment in time, Afghanistan, and not Kyrgyzstan, seems to focus most of Tajik attention. However, Dushanbe should be keeping an eye on Kyrgyz rearmament. “They [Kyrgyzstan] continue the so-called economic blockade, try to improve relations with the Taliban and, on the other hand, buy weapons. This is an alarming sign for Tajikistan,” said political scientist Parviz Mullojanov to RFE/RL’s Radio Ozodi.

If seen from a regional perspective, the fact that Kyrgyzstan wants to establish relations with the Taliban regime should not be seen as anything out of the ordinary. It follows a similar approach to Kazakhstan’s, and not as close with the new Afghan authorities as Uzbekistan or Turkmenistan. However, when one adds to the equation the Tajik-Kyrgyz conflict and Dushanbe’s hostility to the Taliban, a convoluted pincer movement emerges. And while it is unlikely that such Kyrgyz-Afghan ties will prosper as to threaten Tajikistan, it is still something worth keeping an eye on.

Progress has been made in the last months to demarcate the Tajik-Kyrgyz border and goodwill gestures between both sides have also taken place. However, the strident noise caused by populism drown outs these positive developments. A better equipped army is a legitimate aspiration, but it can also induce a false sense of confidence that, coupled with nationalist discourse, can led to undesired outcomes. After all, as French president François Mitterrand said: “Le nationalisme, c’est la guerre.”

0 comments on “Kyrgyzstan rearms amid its president’s nationalist remarks”