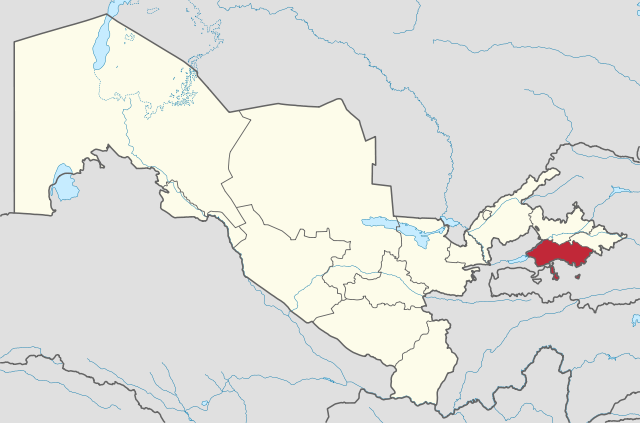 The governor of the province of Ferghana, in Uzbekistan, has been caught once again in his crusade against beards and Islamic attire just months after he was reprimanded by the Senate.

In September, the authorities were forced to intervene after a leaked audio of the politician, Shuhrat Ganiev, risked an international PR scandal. The governor can be heard warning his district governors in Ferghana that “if I see a woman with such clothing [headscarves] in your official meetings, I don’t care if she’s a neighbourhood chief, a teacher, a businesswoman, an activist, a lawmaker, I’ll remove her headscarf and shove it in your mouth.”

Ganiev also linked those wearing long beards, which he called “ugly”, and Islamic attire to extremism and repeatedly insulted the people with such facial hair.

The audio of Ganiev’s remarks was posted in social media and that is what forced the Uzbek authorities to intervene. On October 1st, the Senate, from which the governor forms part, gave him a three months’ probation after he apologised. Little over a month later, Ganiev is back in the spotlight for the same reason.

Once again a leaked audio, and once again Ganiev’s ruthlessness with beards. In a recording received by RFE/RL, the politician is heard denying soft loans to those farmers with beards during a meeting that took place in mid-November, and ordering them to shave.

Shuhrat Ganiev’s position on beards and Islamic clothing is not unique in the Uzbek government. Mirziyoyev’s administration is carrying out a campaign against such practises, as a secret Presidential Declaration in September shows. According to the document, Islamic clothing is seen as a negative influence and their import, and that of other religious items, has been ordered to stop. Campaigns in different parts of the country, from the capital Tashkent to Namangan, are underway to force young men to shave their beards. The effect of these policies, while effective in the short term, tend to be counterproductive in the longer term, leading to further radicalism. What sets Ganiev apart is his boldness, or clumsiness, with which he is undertaking this.

At a time when Uzbekistan is opening up after decades of isolation under former president Islam Karimov, and trying to show a more tolerant face, such PR blunders do current president Shavkat Mirziyoyev no favours. The three-month probation for Ganiev was a façade to show things are changing in the country at the same time as the government still pursues an authoritarian approach on what people show look like or wear. One would expect for Ganiev to at least keep the appearances while continuing his campaign against beards and headscarves, but old habits die hard.

Image from Wikimedia Commons published under Creative Commons with no changes made.

3 comments on “The Barber of Ferghana”