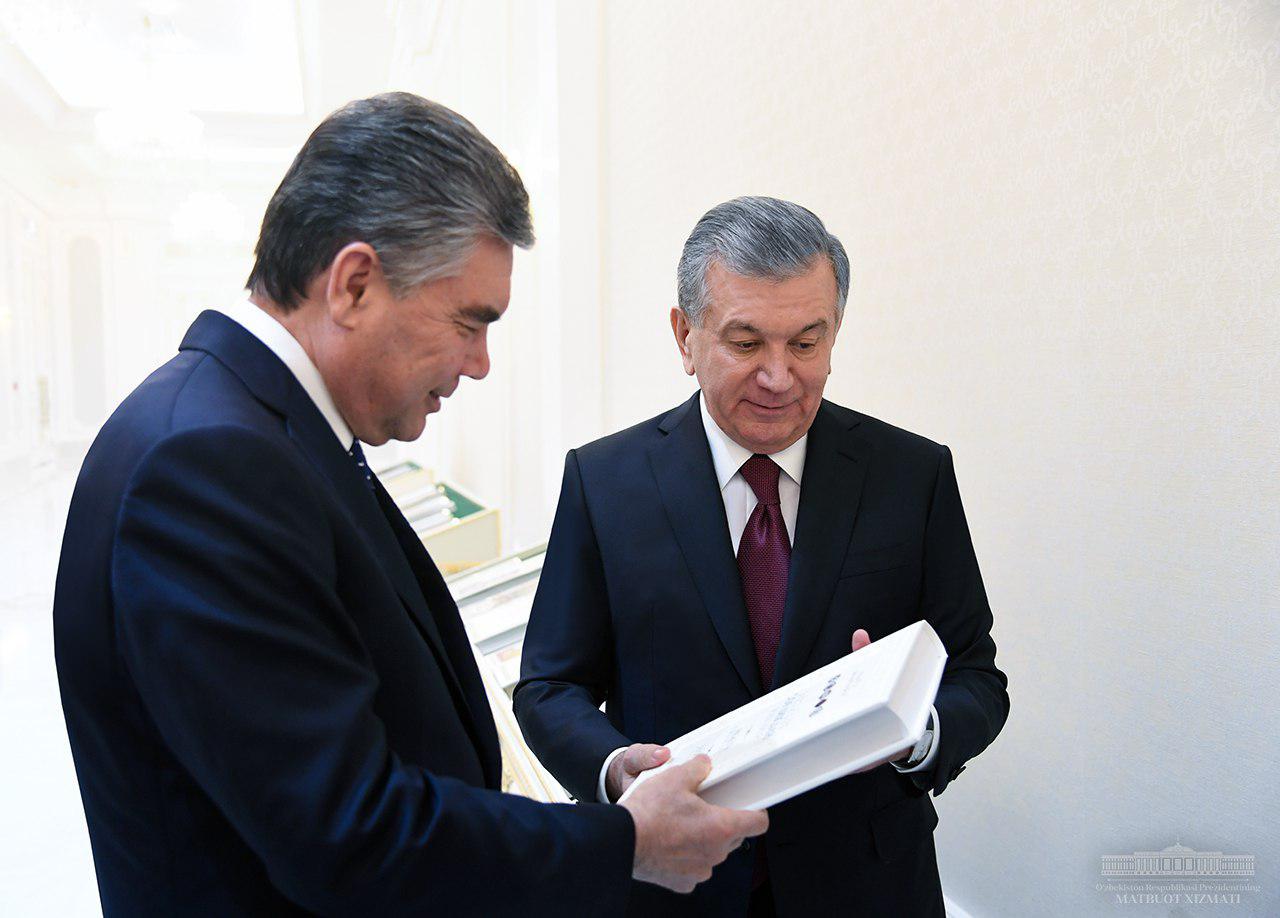 It is not uncommon for politicians to write books. Once they have left the reins of power, one can expect them to write their memoirs in which they justify their past deeds and settle scores. During their time in office they do not have time for literary ventures, but that is not the case in Central Asia.

The rulers of the former Soviet republics in Central Asia seem to be possessed by a particular type of graphomania. This condition leads them to write, or so they claim although it is likely they all possess a legion of ghost writers behind them, numerous volumes on different subjects, with some sticking to more conventional areas of statesmanship and others proclaiming to be polymaths and writing about a wide arrange of topics. The actual use of the books is debatable to say the least, besides decorating the shelves of their respective national libraries and being used as presents by the authors to foreign dignitaries. Ruling a country in an authoritarian fashion is not enough for the Central Asian leaders and they feel the need to also be considered as intellectuals as a part of a wider personality cult that varies depending on the countries.

Feeding their personality cult in their respective countries seems to be the main reason for their literary prowess, with improving their reputation abroad coming second. The exception seems to be Kazakhstan’s Nursultan Nazarbayev (1990-2019), now allegedly retired, who focused on the latter. It takes seconds to come across a number of his books online in English. A strategy for the development of Kazakhstan as a sovereign state, Leadership perspectives, The Kazakhstan Way: Challenges in the Modern World and Nursultan Nazarbayev: My Life, My Times and the Future are some of the volumes authored by Nazarbayev. Elbasy, as he styles himself, has done more than any of his counterparts in the region to have a positive image in the West by investing millions of dollars in PR. That comes across in the books he has claim to have written. Widely available in English, in them he tries to portray himself as a wise statesman open to the world by writing about leadership, the role of his country in the global order and his ability to navigate the political uncertainty after independence.

Tajikistan’s Emomali Rahmon (1992-present) took to literature as part of his national building process post-independence. At a time when a civil war was desolating Tajikistan, Rahmon had time to write The Tajiks in the Mirror of History: From the Aryans to the Samanids in which he claims Zoroaster as Tajik, exalts the Samanids as Tajikistan’s glorious past and, as one would expect, has its fair share of anachronisms and unfounded theories.

Even a newcomer like Uzbekistan’s president Shavkat Mirziyoyev has jumped on the literary bandwagon. After three years in power, he has already written three books including those with never-ending titles like Critical analysis, strict discipline and personal liability must be the daily principles of every leader’s activities and The Nation with great intentions will have a great life and a prosperous future. Mirziyoyev inherited Islam Karimov’s (1991-2016) tradition who authored Uzbekistan on the Threshold of the Twenty-First Century where he presents “to those numerous readers who take an interest in the transformations taking place in the post-Soviet area the cardinal reforms taking place in Uzbekistan after independence, the hopes and aspirations of our people, and the aims which we want to achieve in the future”. Unfortunately, he didn’t follow up on the aforementioned reforms as, under his presidency, Uzbekistan increasingly became a repressive state notorious for human rights violations.

Askar Akayev of Kyrgyzstan (1990-2005) is the only one of the Central Asian leaders who was an academic before seizing power. Trained as a mathematician and physicist in the 1960s he became part of the Kirghiz Academy of Sciences and ended up presiding over the institution in 1989. His publications until then had been centred on optics, one of his specialisms, and even during and after his presidency he continued to write on topics related to his field of studies, which is worth highlighting. However, Akayev too gave into the temptation of writing a book to advance his political agenda. In this case it was Kyrgyzstan: an economy in transition, in which he uses an own model of transition economics to explain the progress and promising outlook of the Kyrgyz economy. Propaganda but more academic than that from his colleagues.

No one writes more (and better) than a Turkmen president

While writing and power go hand in hand in Central Asia, Turkmenistan has taken this to a new level. Both the first and second presidents of the Turkmen nation have resorted to book writing not only as part of a PR stunt or even as a component of their suffocating personality cult, but to serve as a guide to its people.

Saparmurat Niyazov (1990-2006), the country’s first president, raised the bar with the creation of the Ruhnama, a pseudo-spiritual and revised historical guide that Niyavoz, or Türkmenbaşy as he named himself, wanted to turn into a cornerstone of the recently independent Turkmenistan. Among those who suffered the ungrateful mission of reading the factually dubious, and rather useless, book were the country’s students who had to pass examinations on it in order to graduate. Not happy with it, Niyazov ordered the construction of a monument to the Ruhnama that can still be seen in Ashgabat.

It seemed difficult to surpass Niyazov’s eccentricity but Turkmenistan’s second, and current, president decided to give it a try. Gurbanguly Berdimuhamedow has become the best example of a pathological graphomaniac. In a way reminiscent of North Korea’s Kim dynasty, he is said to have written tens of books since rising to power in 2006. The list is so exhaustive it is not worth writing it down, but the topics covered include the famed Akhal Tekke horse, the Alabai dog breed (the president’s latest whim), the spiritual and health benefits of tea, Turkmenistan’s pivotal role in the Silk Road and herbal remedies. Berdimuhamedow is thus presented as a true polymath to its people and his books are meant to serve as a guide in their daily lives, even if this endangers their well-being. Despite the volumes constantly being praised in state and pro-government media, his books are as opaque as secretive as the regime itself and are difficult to come across or purchase abroad.

Books are meant to be read but that is not the case for the ghost-written books of the Central Asian leaders. Whether they were conceived as means of PR abroad, to shape their country’s identity or to contribute to their personality cult, the content of the volumes allegedly authored by rulers of the Central Asian republics is mostly irrelevant. Authoring books is a shortcut that authoritarian leaders take to be perceived as intellectual and wise statesmen but they fail since the objective of their literary production is no secret and they do not offer anything new or remotely interesting, without going into detail of their lack of quality, unfounded theories and self-praise. Apart from dedicated scholars or morbid readers, or unfortunate nationals who are forced to study them, their pages remain unread. They can however be used as exotic coffee table books, expensive tools to stabilise wobbly furniture or recycling material in these times of environmental crisis.

2 comments on “Graphomania among the Central Asian leaders”