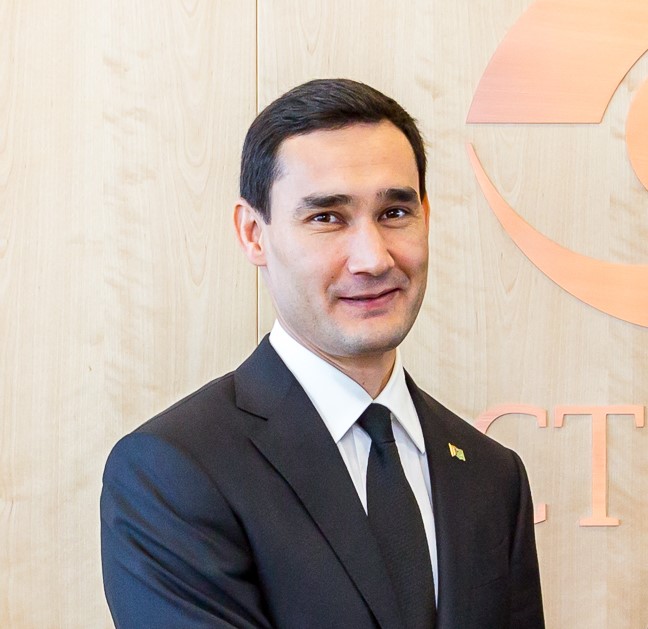 The appointment of the president’s son to new positions in the government reinforces the message that Gurbanguly Berdymukhamedov wants his offspring to succeed him at the head of the Central Asian nation.

In mid-February, Turkmenistan’s national media announced the new appointments of Serdar Berdymukhamedov. The president’s son is now a deputy prime minister, deputy Chairman of the Cabinet of Ministers, Chairman of the Supreme Control Chamber, the top state audit body, and member of the State Security Council. A barrage of titles that have a clear meaning.

Serdar will not be the only be the only deputy PM in the country. Given Turkmenistan’s political structure, those politicians that are more than ‘mere’ ministers are given such title. The role of prime minister is reserved to Gurbanguly Berdymukhamedov himself. In this new responsibility, the son will be in charge of “digitalization and the introduction of innovative technologies into the public administration system, the financial, economic social sectors.”

His appointment as deputy Chairman of the Cabinet of Ministers is more relevant. This means he is next in line after his father in the cabinet’s power structure, given that the president is the chairman. His membership of the State Security Council is also important as it is the organ which includes the heads of the country’s security agencies.

The possibility of Serdar succeeding his father at the head of the country has been rumoured for some years. The son has had different government roles, the last one as Minister of Industry and Construction, and as provincial governor of the important Akhal region before that, but doubts have always existed about such event taking place.

The latest moves by the president seem to reinforce the prospects of dynastic succession taking place in Turkmenistan. As Professor Luca Anceschi points out, the quick rise of Serdar could be due to a growing threat within the regime or his father’s inability to deal with the country’s crisis.

While the possibility of having another Berdymukhamedov rule the country is becoming more real, there are still other factors that need to be considered. Firstly, there are the preferences of the country’s elite, which albeit diminished may still play a role. They took part in Berdymukhamedov’s sudden rise to power following Saparmurat Niyazov’s death and it is unclear what they would do in the event of the president’s demise.

Secondly, there is role played by foreign actors. In this case, while China is by far Turkmenistan’s main trade partner, eyes should be on Moscow rather than Beijing. If Serdar is not favoured by Russia it is hard to see how he can succeed his father.

Thirdly, there is Turkmen people. Vocal opposition to the regime is non-existent within the country and, although growing, still weak abroad. Protests have taken place of late in Turkmenistan, a total of 18 in between 2018 and 2020 as recorded by the Oxus Society, but they are mostly small and related to localised issues. Turkmenistan has been going through difficult economic times in the last years and is currently going through a full-blown crisis due to the pandemic and the government’s inability to respond to it. The Turkmen people have been resilient to an extreme, but one wonders what will be the last straw that breaks the camel’s back.

Turkmenistan cannot afford to be ruled by a second Berdymukhamedov, a person notorious for his despotic behaviour during his time as provincial governor. The Turkmen people deserve better.

0 comments on “Another step towards dynastic succession in Turkmenistan”