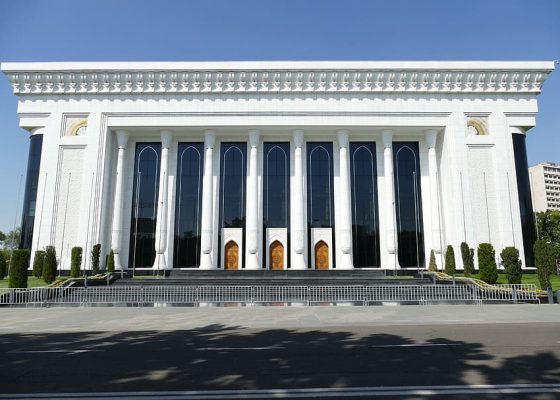 A draft legislation on the regulation of public demonstrations exemplifies the shortcomings of Uzbekistan’s reforms in the last years. While it seems a positive development that such a law might come into effect, it introduces so many restrictions that makes public assembly almost impossible. It is yet another polished façade that might fool the eye but that does not improve the building’s structure.

On August 18 the Uzbek government published a draft legislation written by the Interior Ministry regulation public demonstrations. The law adds details to the conditions for rallies to take place in Uzbekistan, which in theory is an important step forward for a country where authorities have not allowed such events to take place.

However, when one reads the small print it soon becomes apparent that any democratic spirit such legislation might have intended to display is insignificant. Getting permission to hold a rally is made a labourious process and it must be sought by organizers 15 days in advance, with authorities reserving the right to take up to 10 days to give the green light. The list of requirements is exhaustive and includes the “list of propaganda materials used, […] as well as sound equipment”, and the sources of funding of the entities looking to organise the demonstrations. This last point is perhaps the most relevant.

If permission is then granted, a number of restrictions limits the possibilities of the demonstrators. First of all is the timeframe, with protests only allowed to take place on weekdays between 10am and 6pm. This effectively limits the number of participants as most people are at work during that time. Then we arrive at the location. According to the draft legislation, any such events cannot take place less than 300 metres from the buildings belonging to the following bodies: state and local administrations, law enforcement agencies, the military, foreign diplomatic missions, international organisations, the judiciary and mass media. Add to this list of penitentiaries, hospitals, schools, universities, cemeteries, relevant transport infrastructure and, to round it all up, any private property. It is hard to imagine somewhere in a town or city that would be compliant with these parameters.

To adhere to the proposed guidelines, a demonstration would then have to take place during working hours in some public wasteland far away from civilisation. And even if that is the case, it is likely authorities would still not grant permission.

As Eurasianet points out, Uzbekistan’s constitution “already notionally envisions the right for citizens to hold rallies, although his provision has little valence for practical purposes.” And there is little indication that in practise things will change with the new law, which then makes it irrelevant. After all, according to the Constitution Uzbekistan is a democracy, and that is not the case.

The law of rallies, gathering and demonstrations is an example of the authorities’ approach to reforms. While positive steps are being taken in some areas, in others, as it is the case with this new legislation, the change is simply cosmetic. Positive headlines can work in the short term to show intention, but if these are not backed by meaningful changes they will end up being ignored by foreign governments and observers.

1 comment on “Protesting in a wasteland: Uzbekistan’s new demonstration bill”